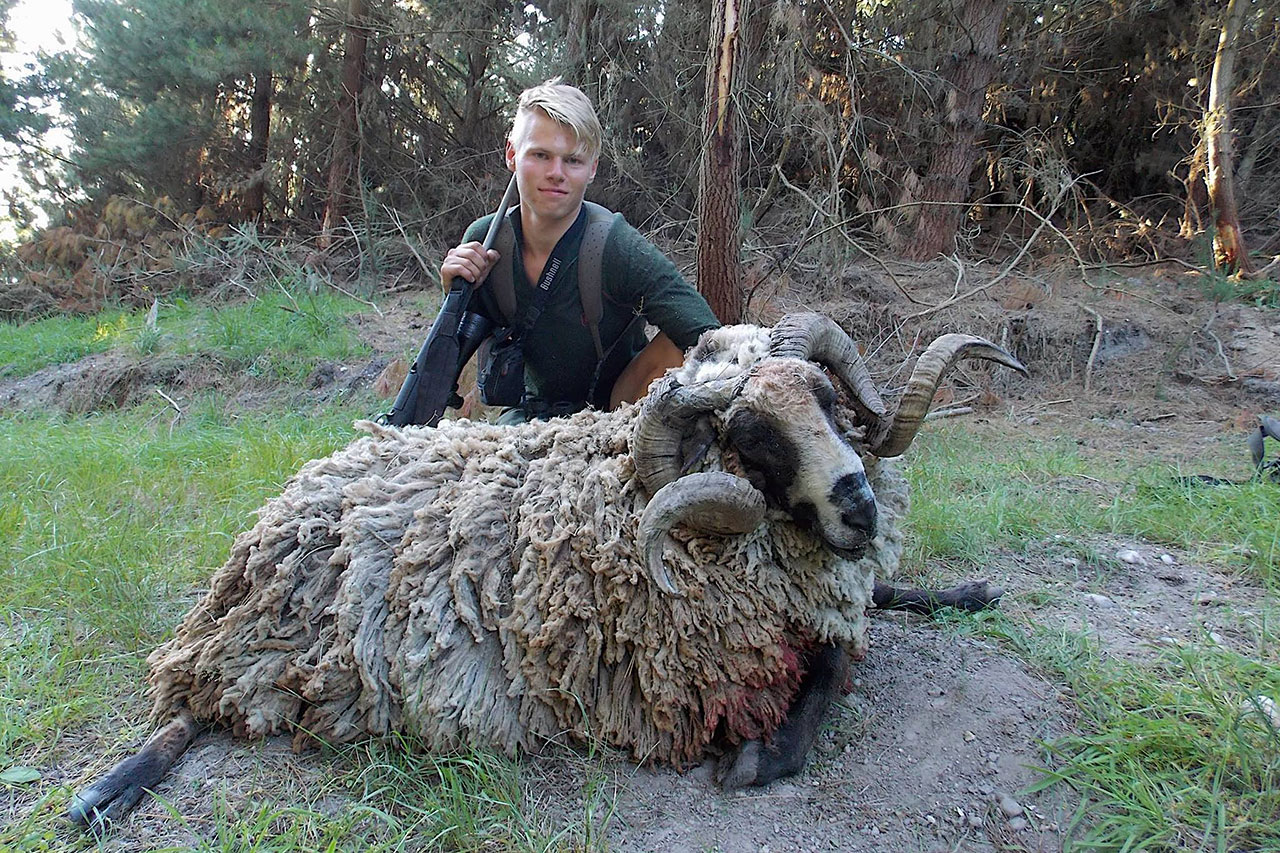 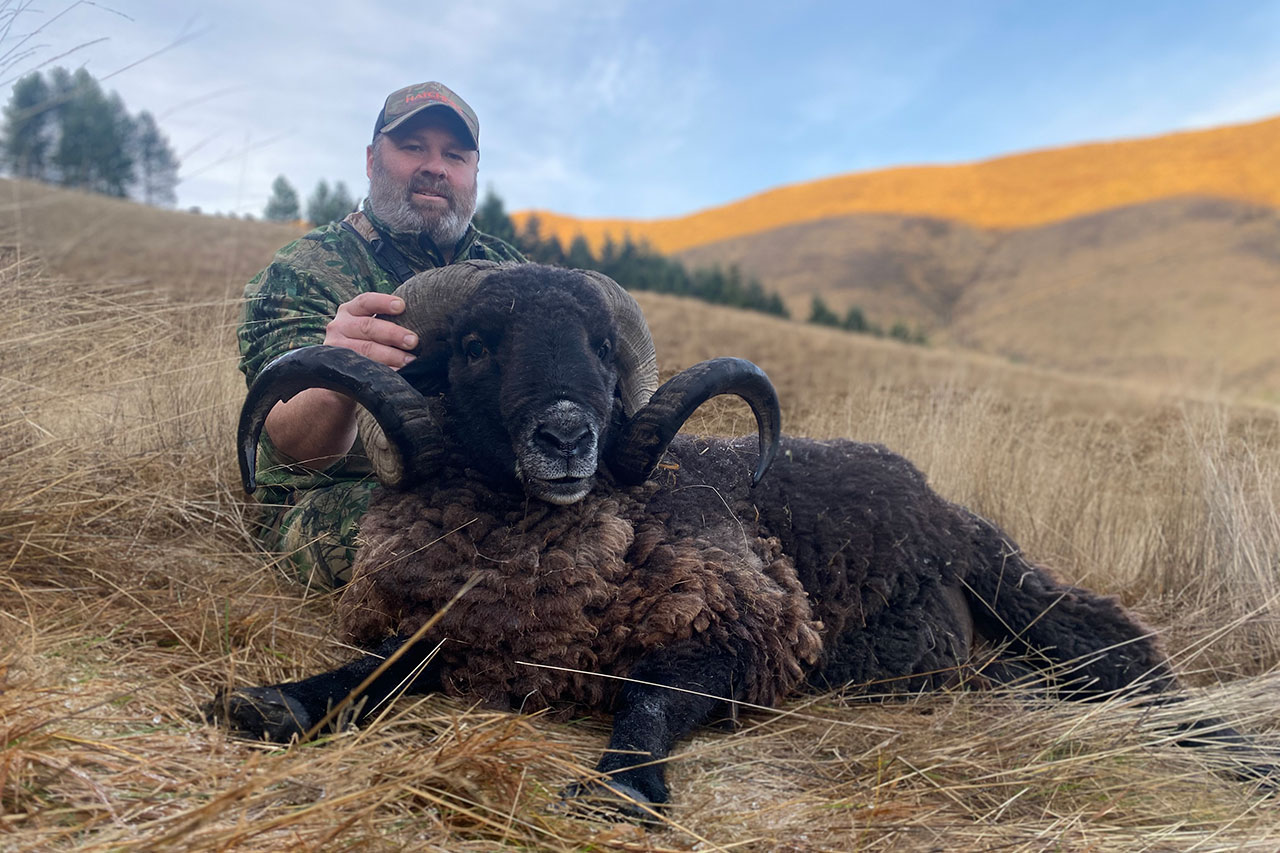 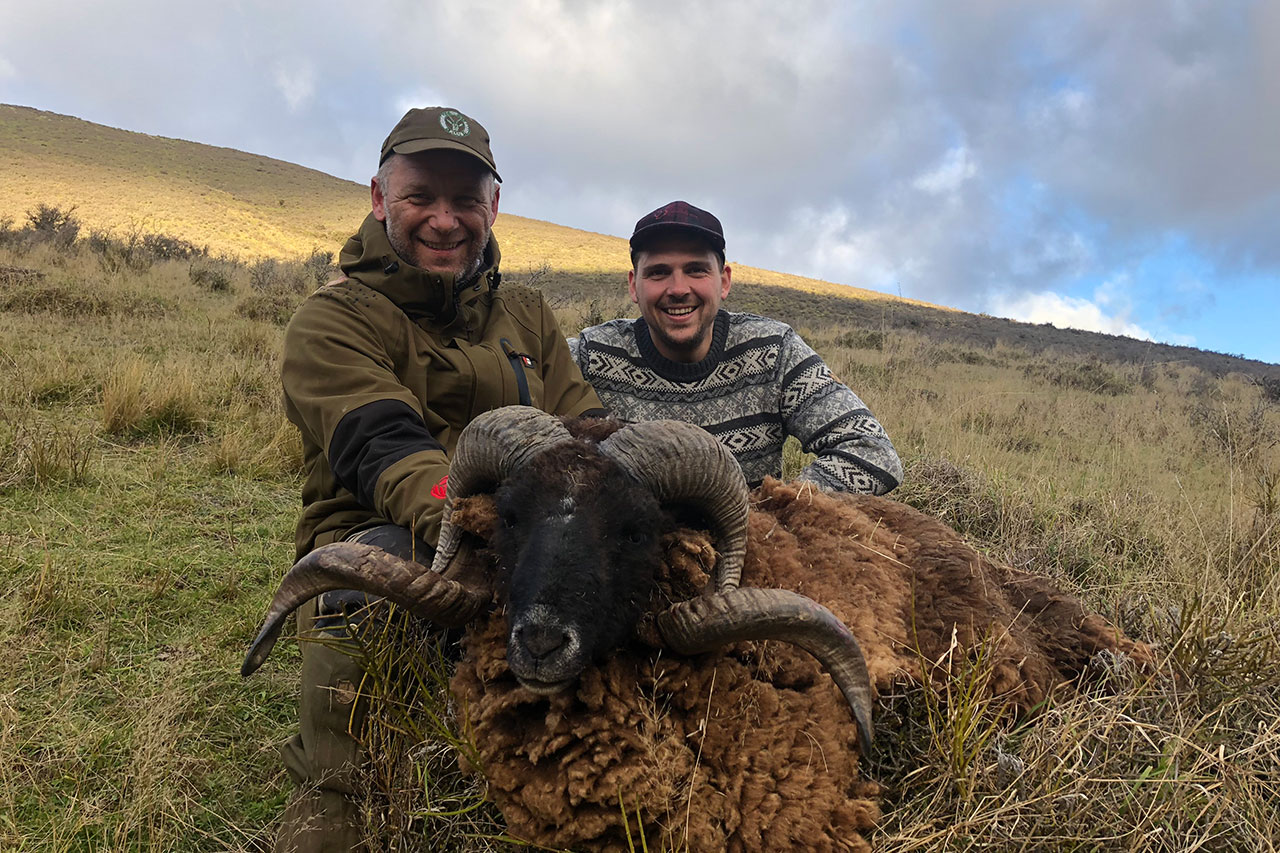 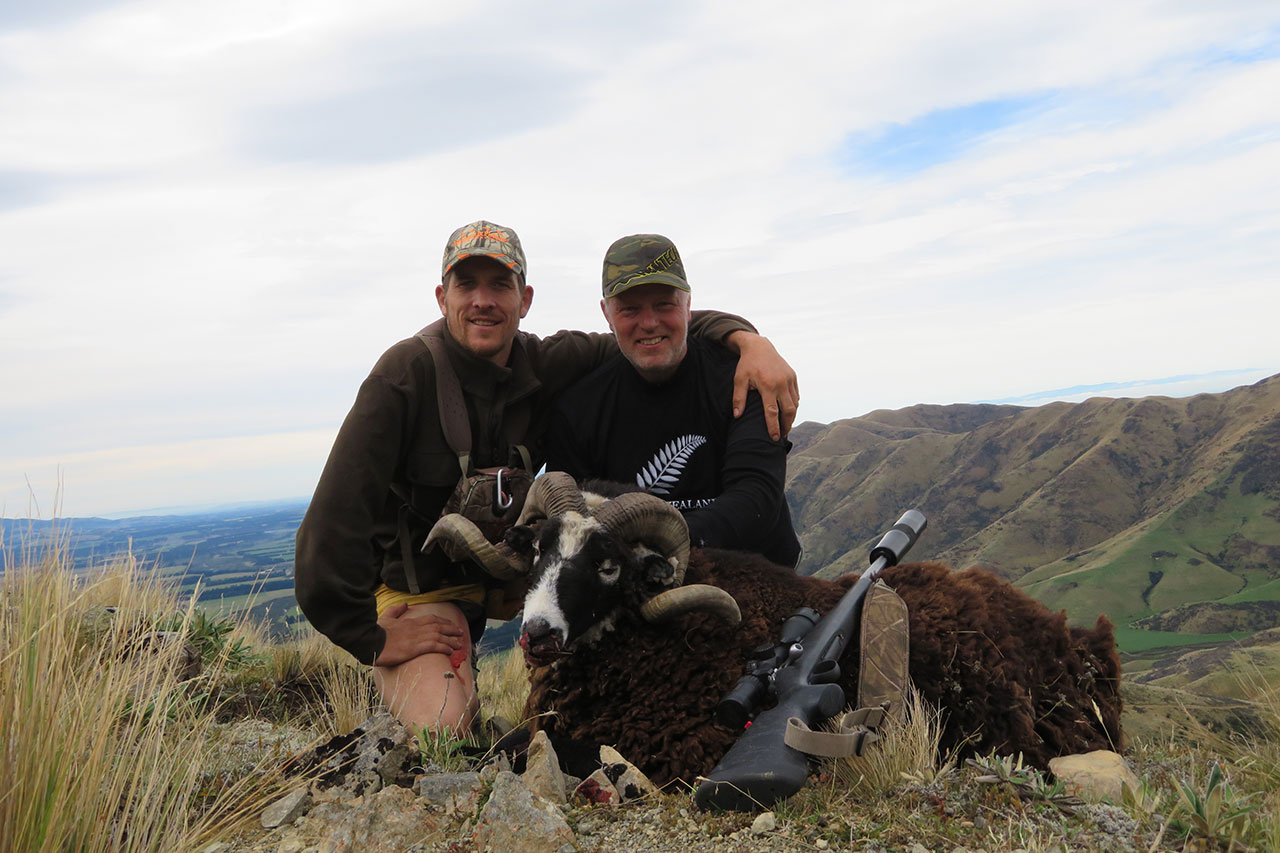 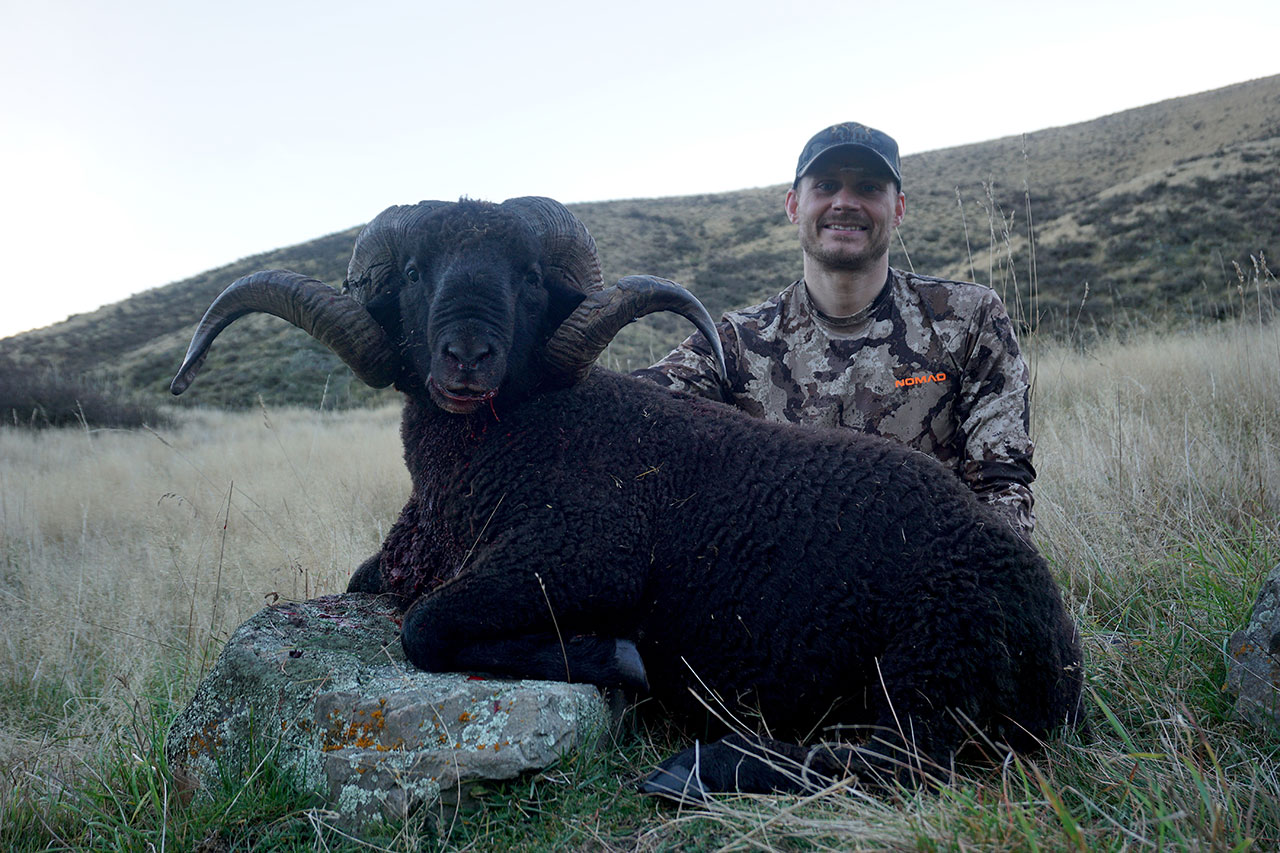 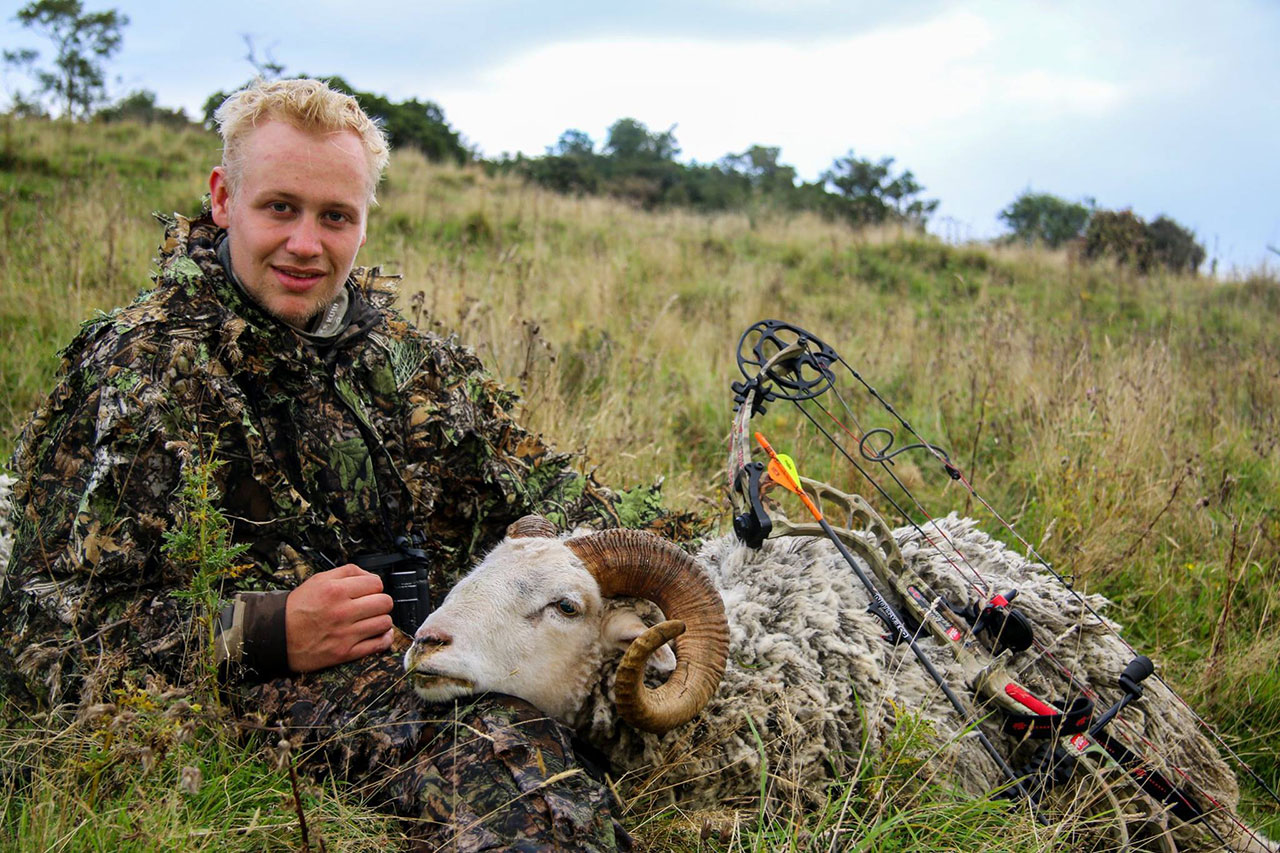 Arapawa sheep (Ovis Arapawa) were introduced in 1867 to New Zealand’s Arapaoa (formerly Arapawa) Island located in the Marlborough Sounds, at the north east tip of the South Island. The Arapawa ram is thought to be a descendant of the domesticated Australian merino and was introduced as a food resource for whalers. Through extensive hunting, New Zealand is now one of the only countries left in the world where you will find Arapawa sheep in the wild.

Arapawa are small hardy sheep. They are well adapted to New Zealand’s terrain, inhabiting both native bush and steep hill country. Mature rams weigh an average of 60kg (135lb), while ewes weigh between 40 – 60kg (90lb – 135lb). The average ram will typically possess 1 – 1.5 curls on either side, with large trophies reaching double curls. Their dense wool is dark/light brown in colour with black and white markings.

Arapawa ram are a fantastic add on to any hunt and make a striking European mount or shoulder mount. Hunts are taken place on foot in spot and stalk style. Their great eyesight makes them a challenge for even the most experienced bow and rifle hunters.