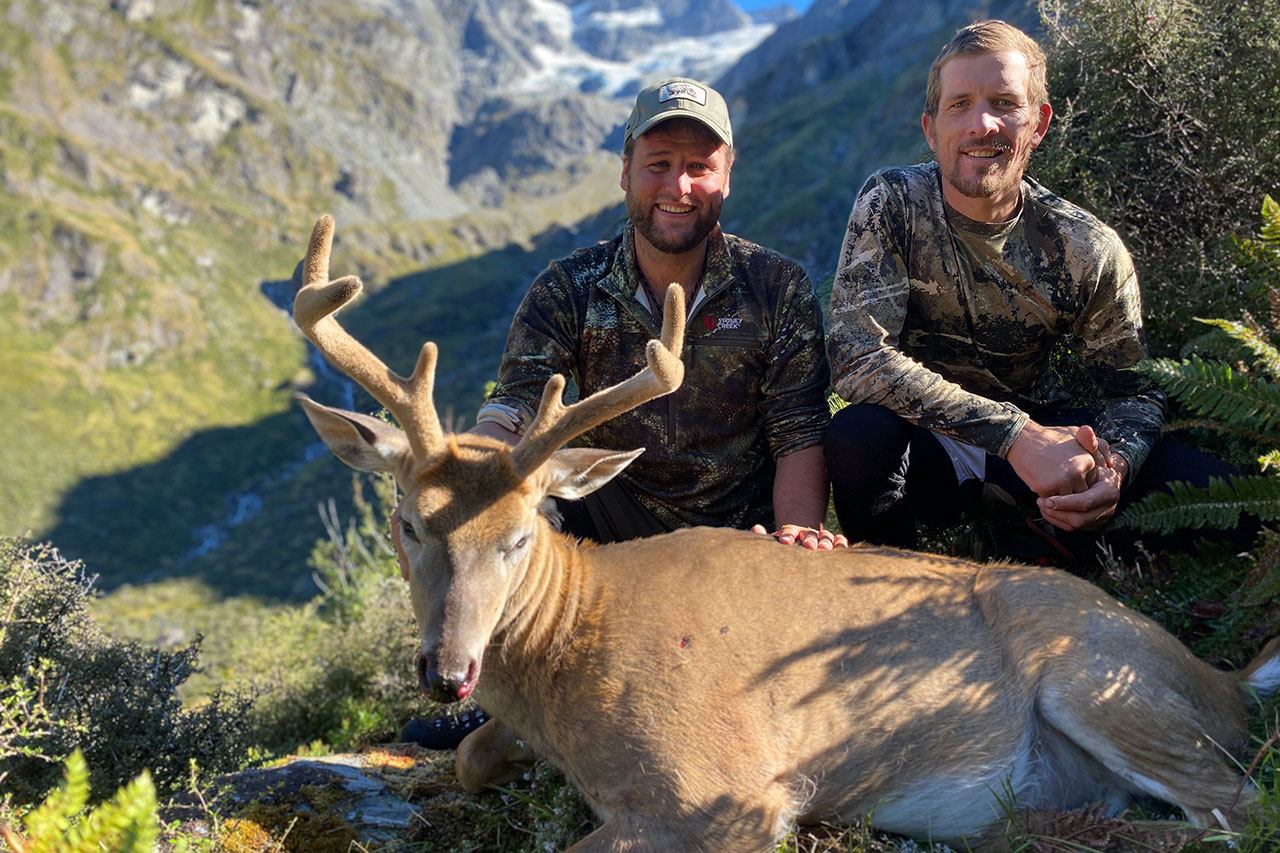 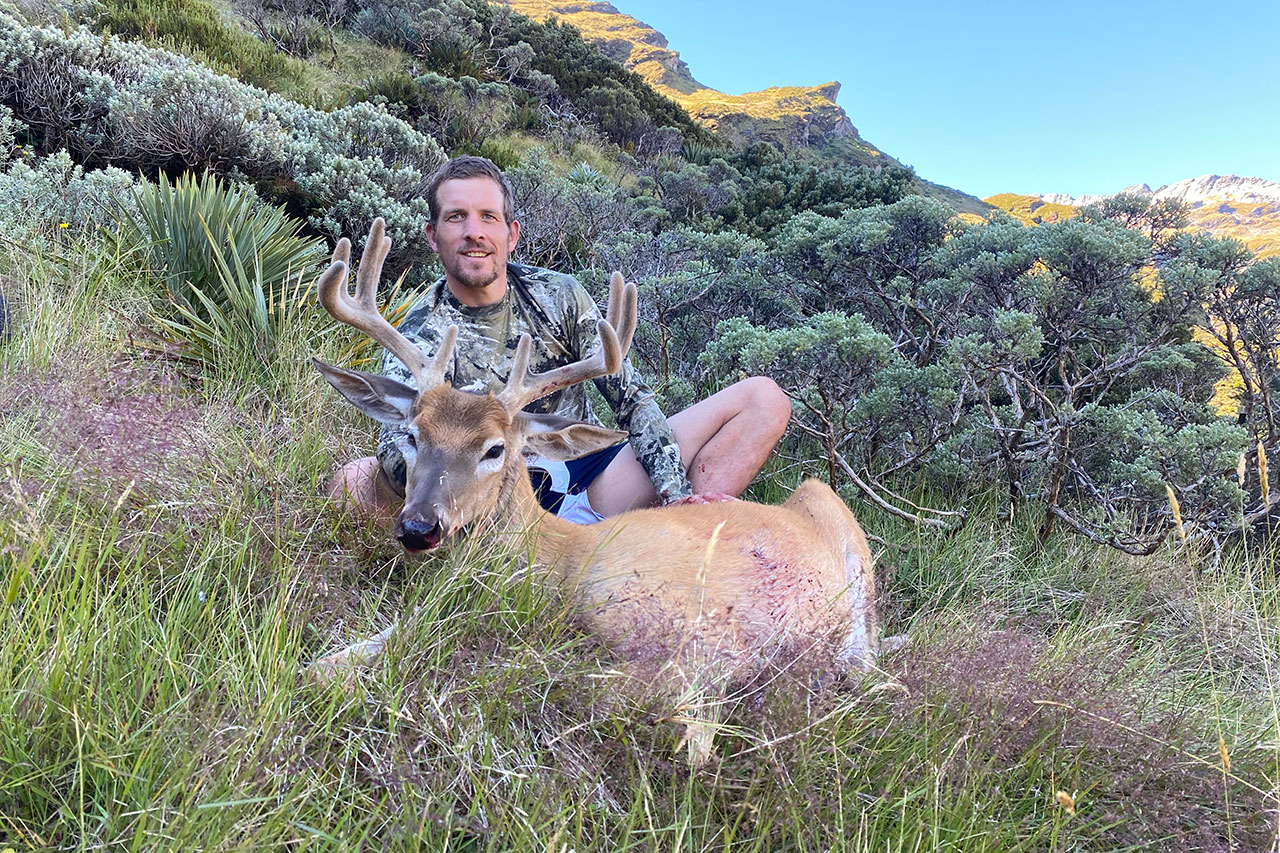 Whitetail deer (Odocoileus virginianaus) were introduced to New Zealand in 1905 as a gift from U.S President Theodore Roosevelt. Two small herds were released in Pegasus Sound, Steward Island and the Rees Valley, Lake Wakatipo in the lower part of the South Island. The original subspecies of whitetail still exists in New Zealand today.

Hunting whitetail in New Zealand is not like hunting whitetail in North America. Success rates on a public land whitetail buck of 8 points or more is less than 30%. South Pacific whitetail are becoming harder to find, as they exist in small numbers due to hunting pressure and various environmental factors. They inhabit diverse terrain, from subalpine environments to coastal hardwood forests. Hunts are conducted daily from spike camp and taken place on foot in spot and stalk style. This is a genuine wilderness hunting experience and a tough hunt.

The average size of a mature whitetail buck is around 54kg (120lb), while does typically weigh around 40kg (90lb). Their coats are reddish-brown in summer months and grey in winter months. The recommended time to hunt whitetail is during the rutting period from early-May through to mid-July. Males begin establishing territories by making scrapes or rut pads on the ground and marking them with urine. Bucks will often come in to hunters rattling antlers or a decoy. As a general guide, whitetail bucks are in hard antler from late-February through to early-August.

A good fitness level is recommended for this unique public land hunt. We recommend training in preparation for your hunt if you want a genuine South Pacific whitetail hunting experience and a greater chance at a mature trophy class animal.