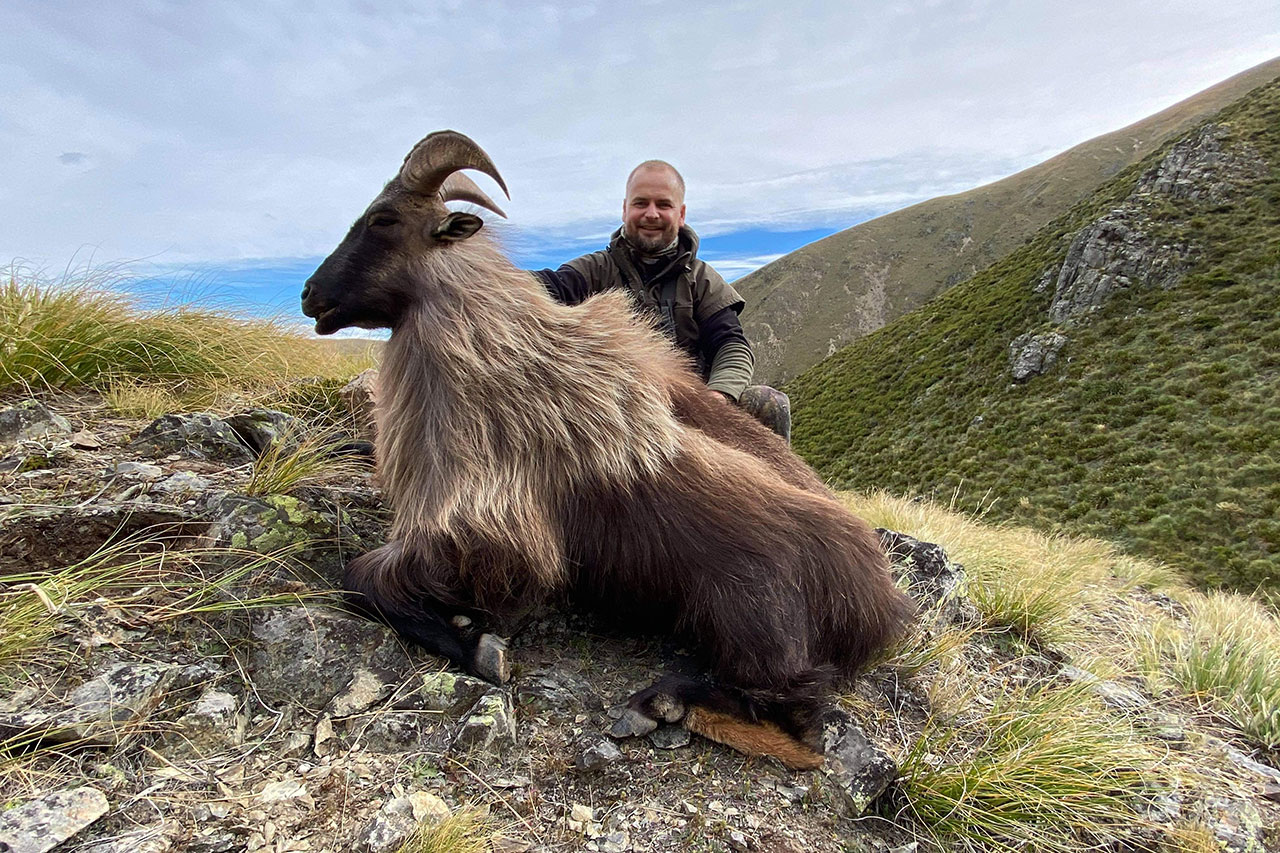 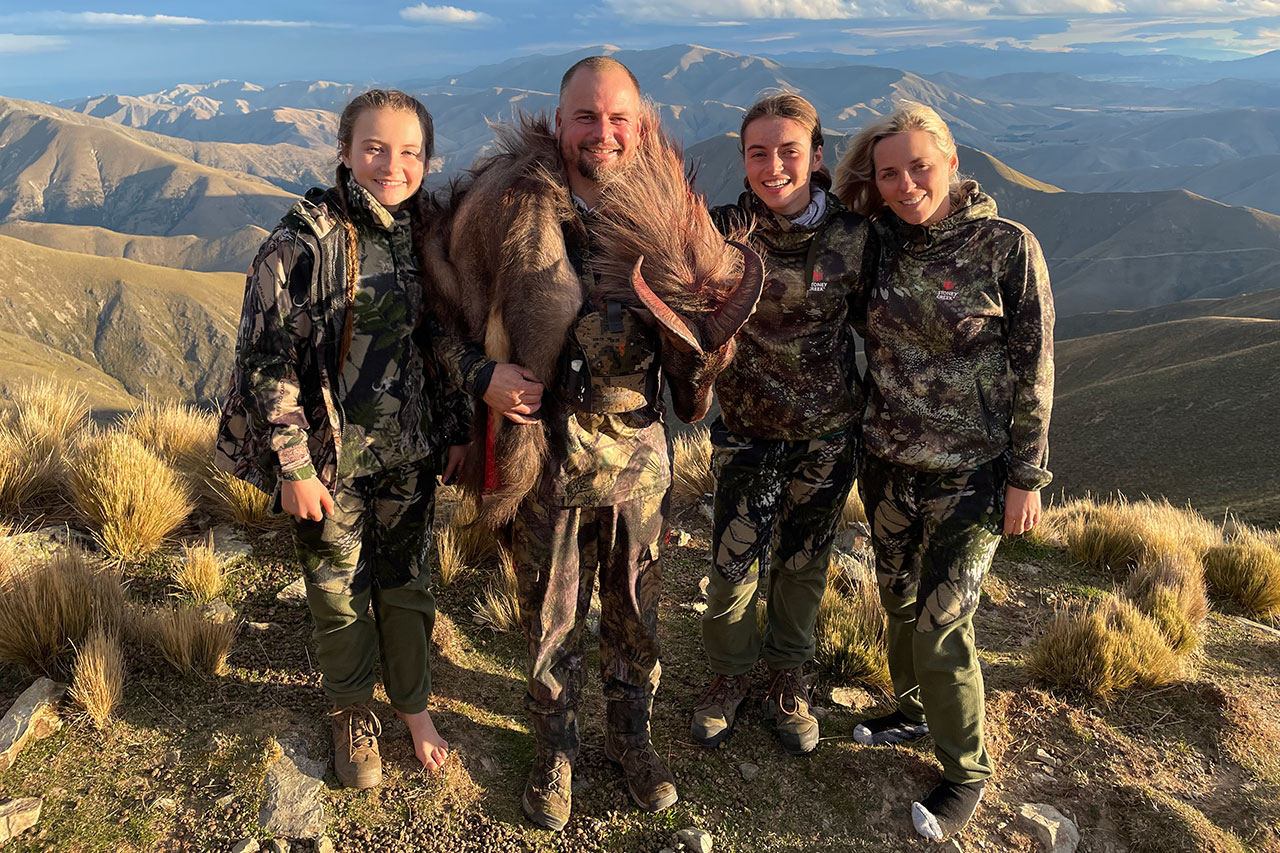 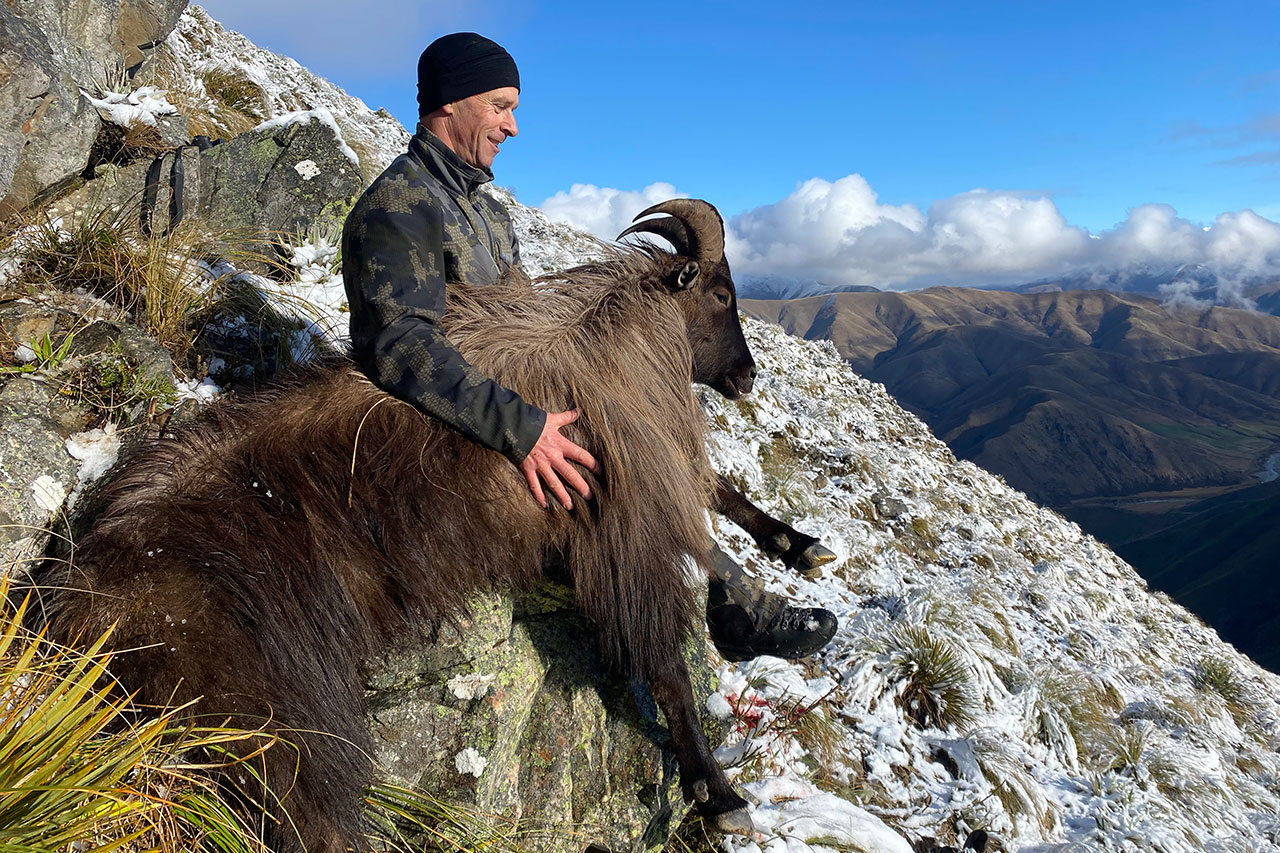 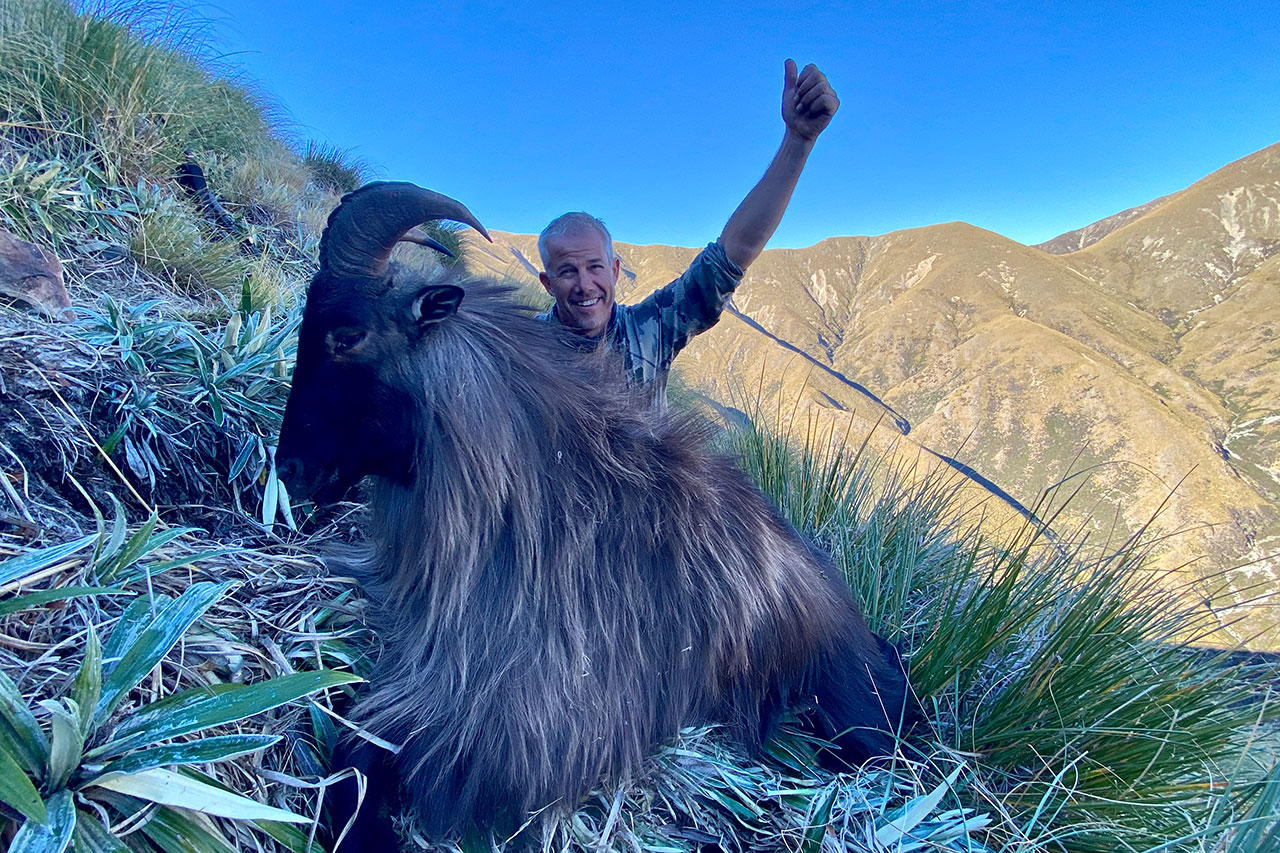 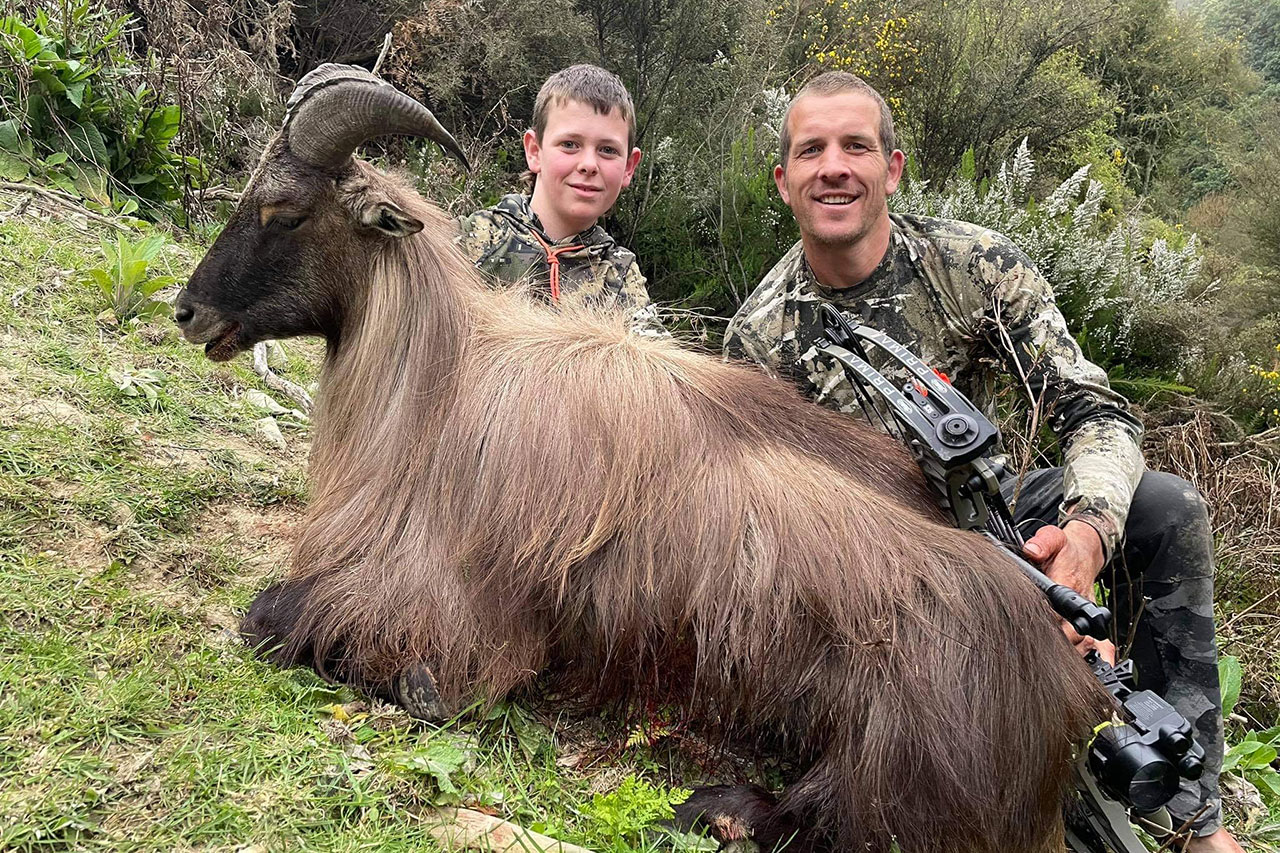 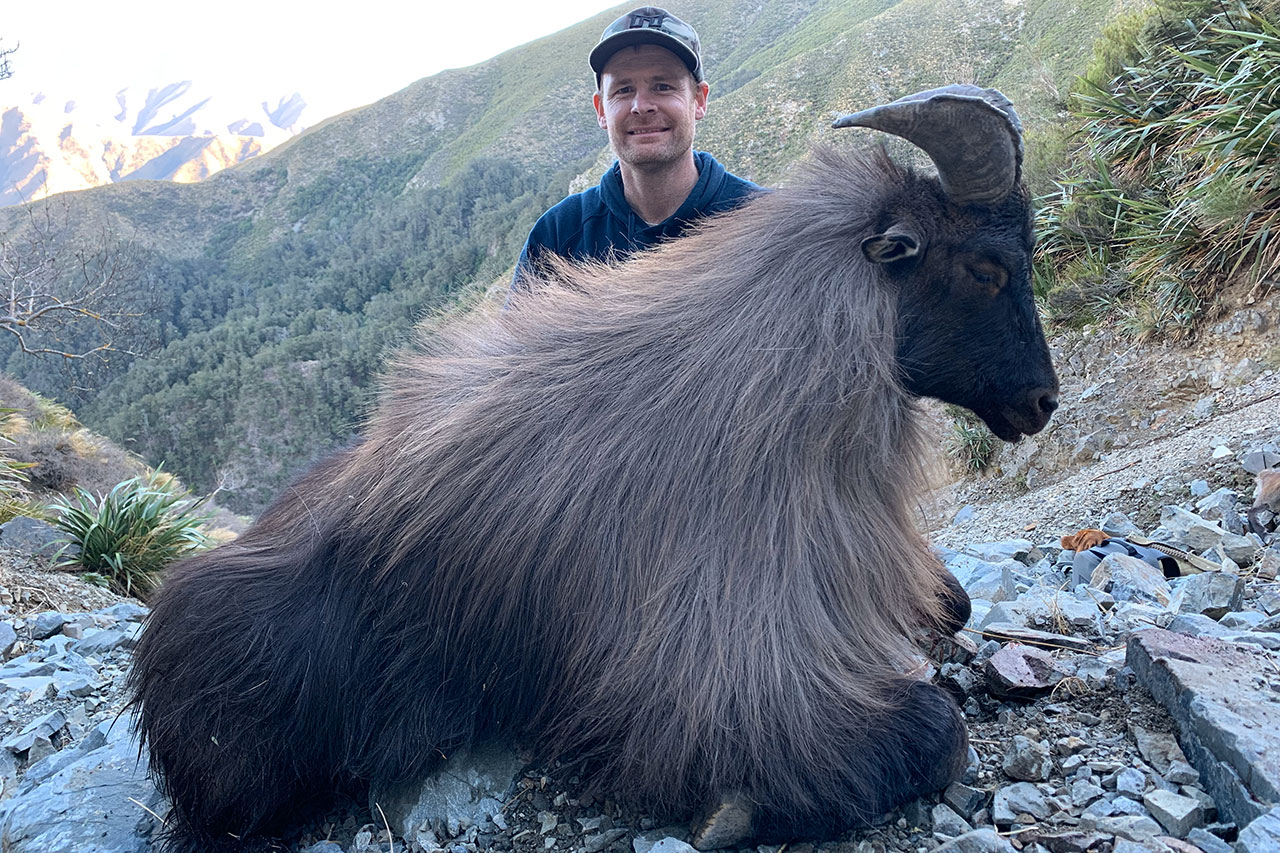 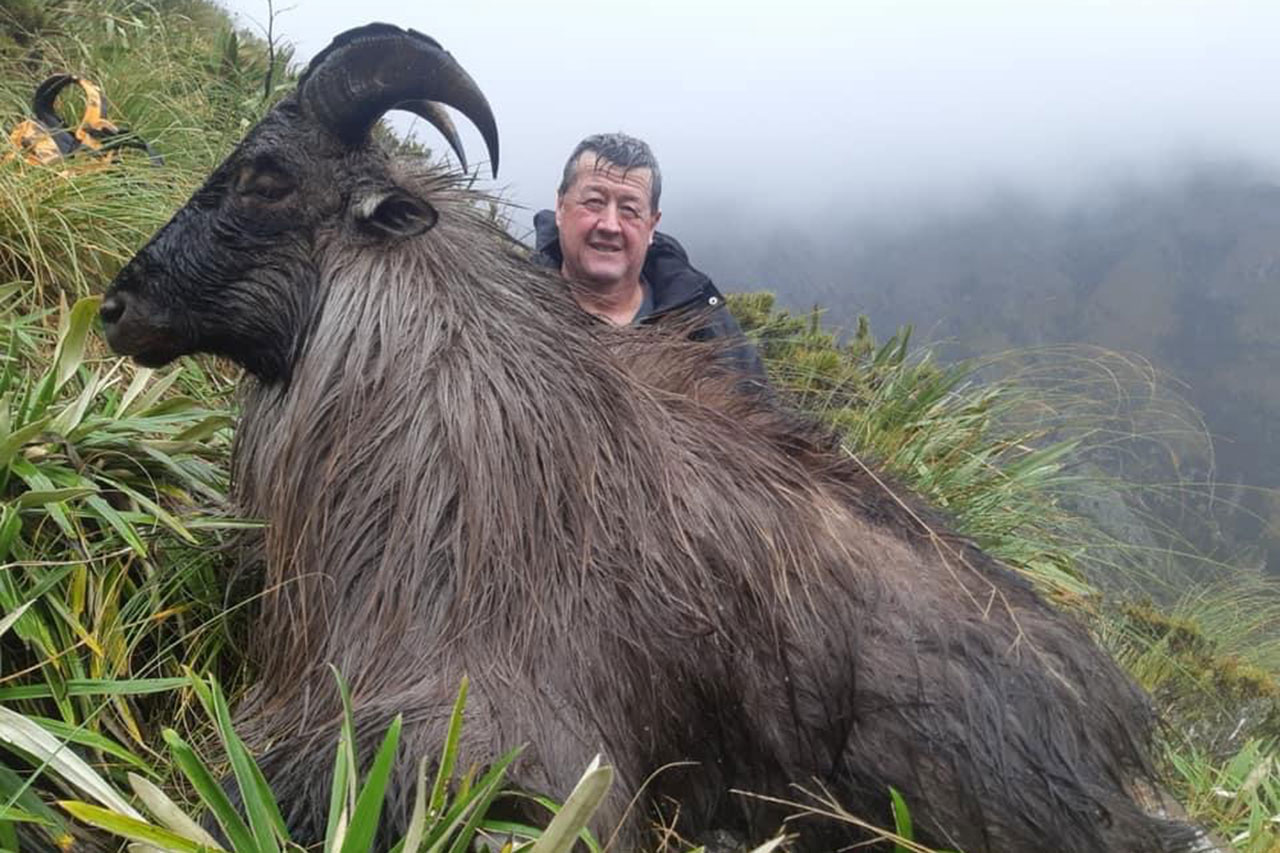 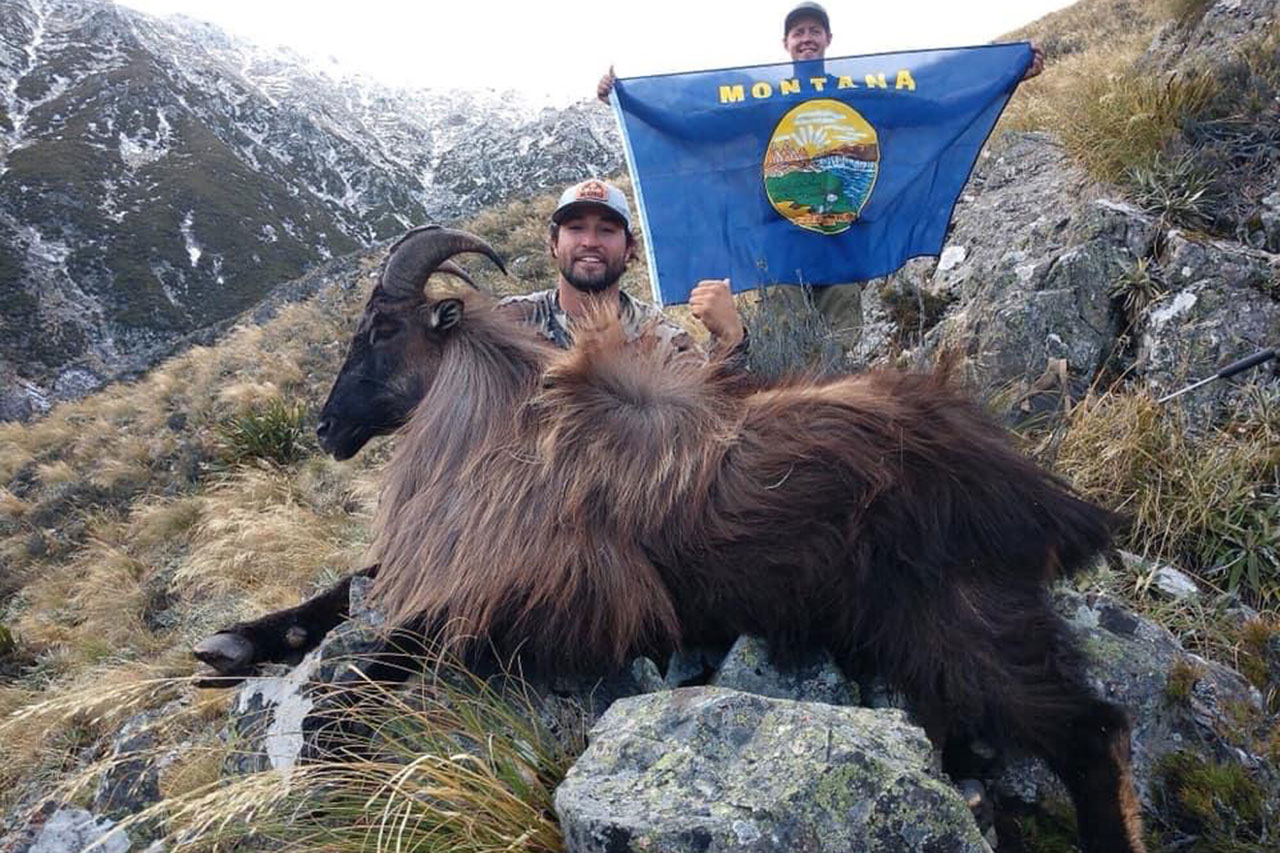 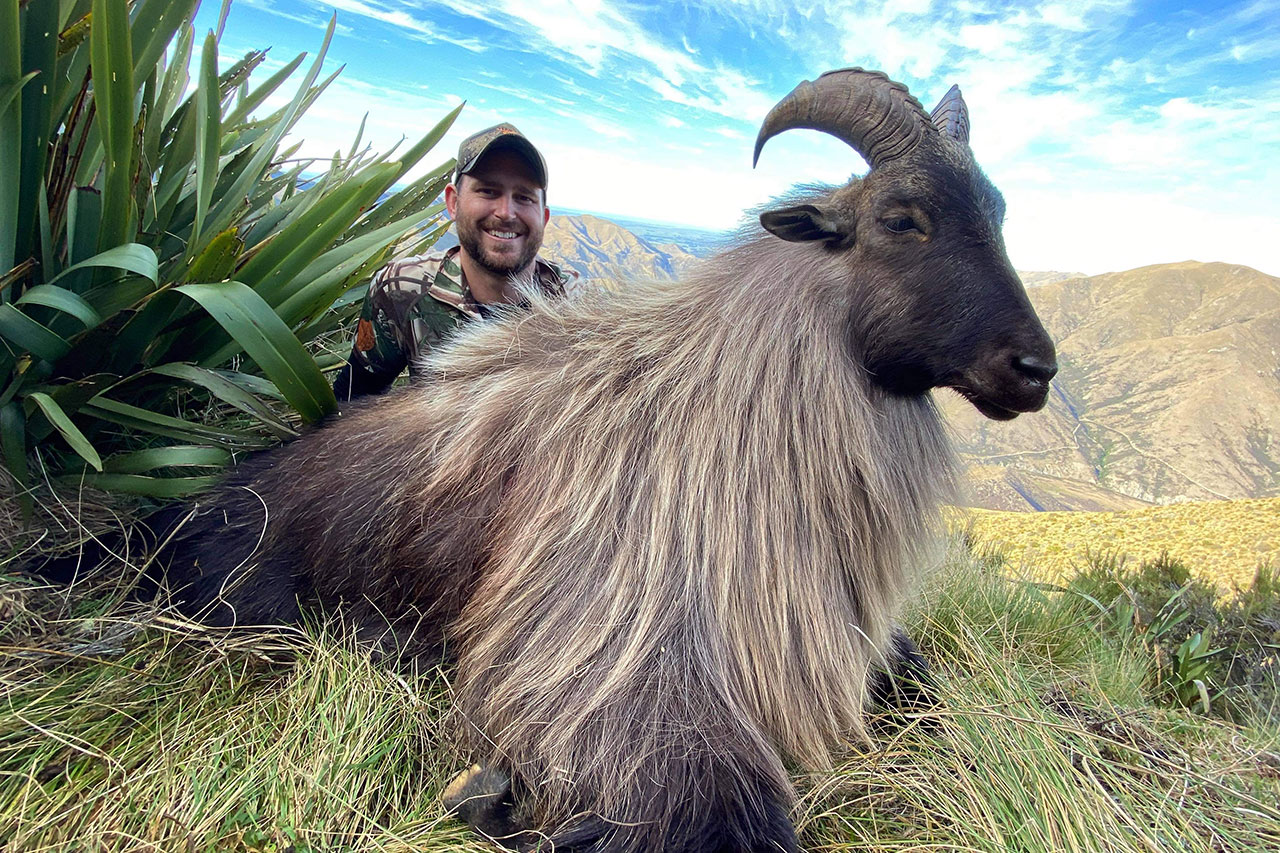 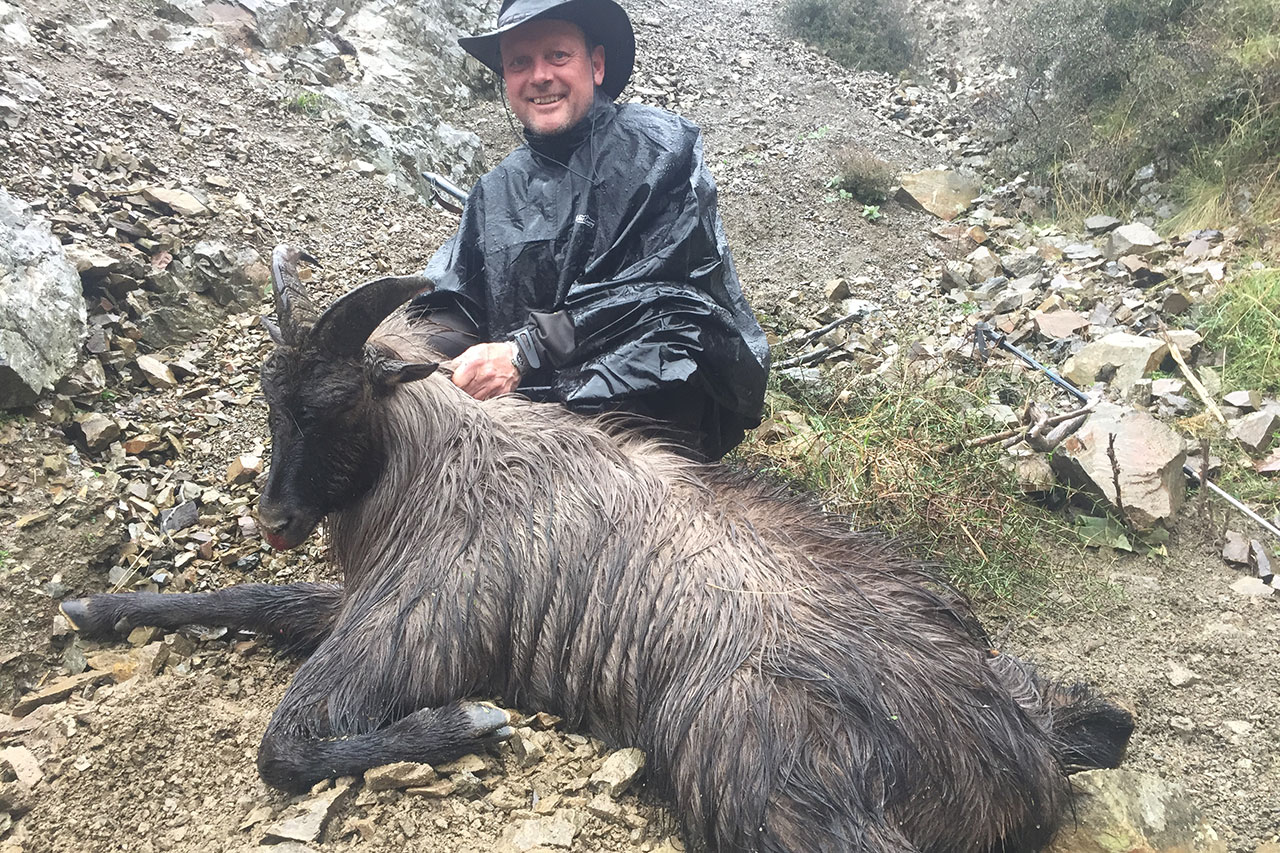 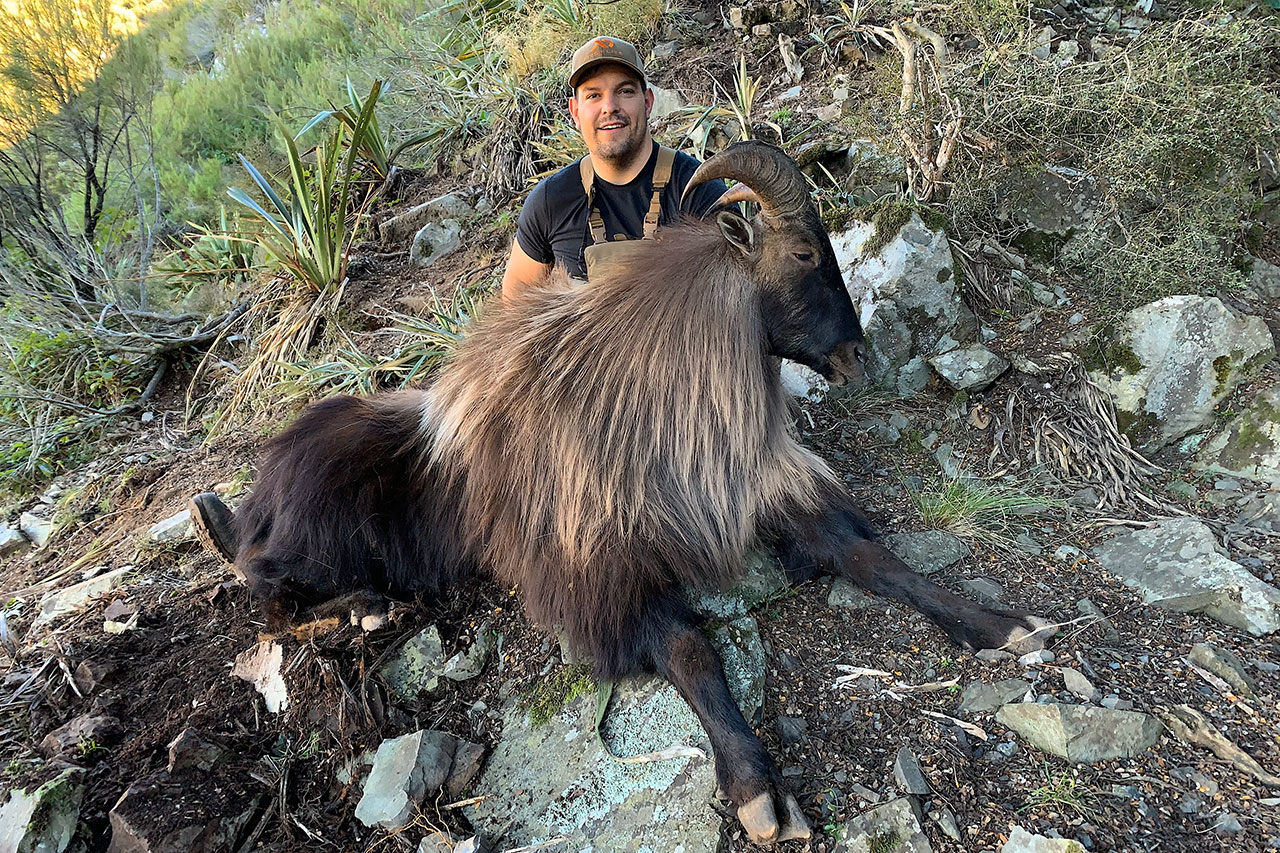 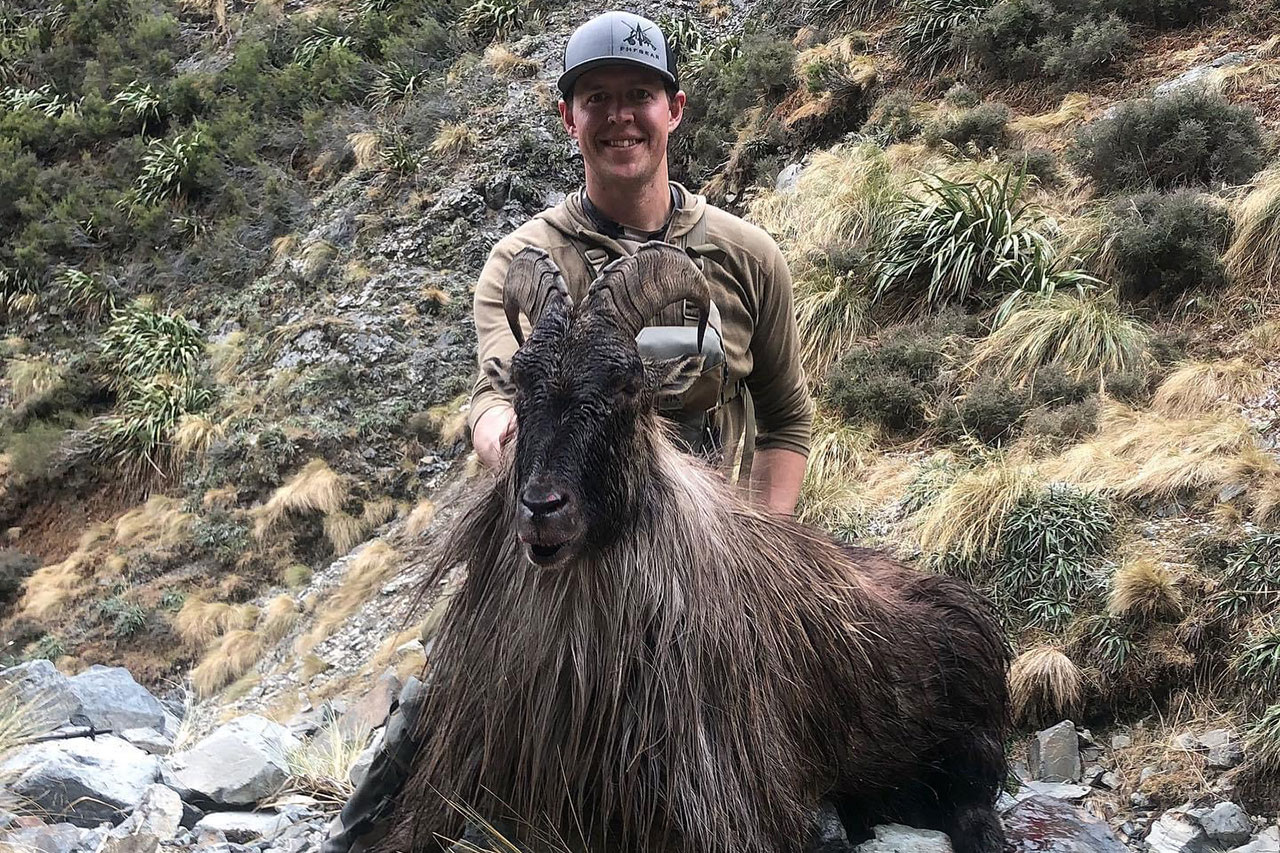 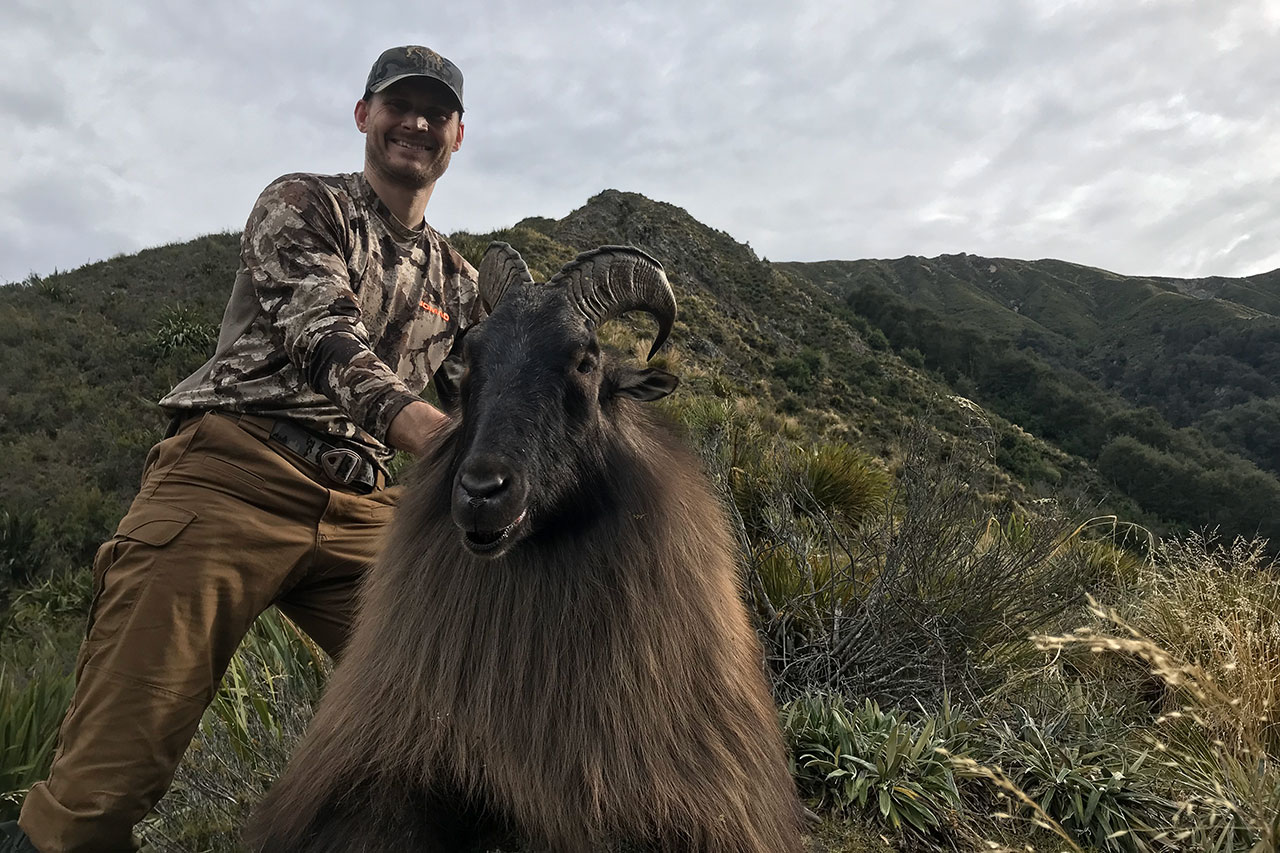 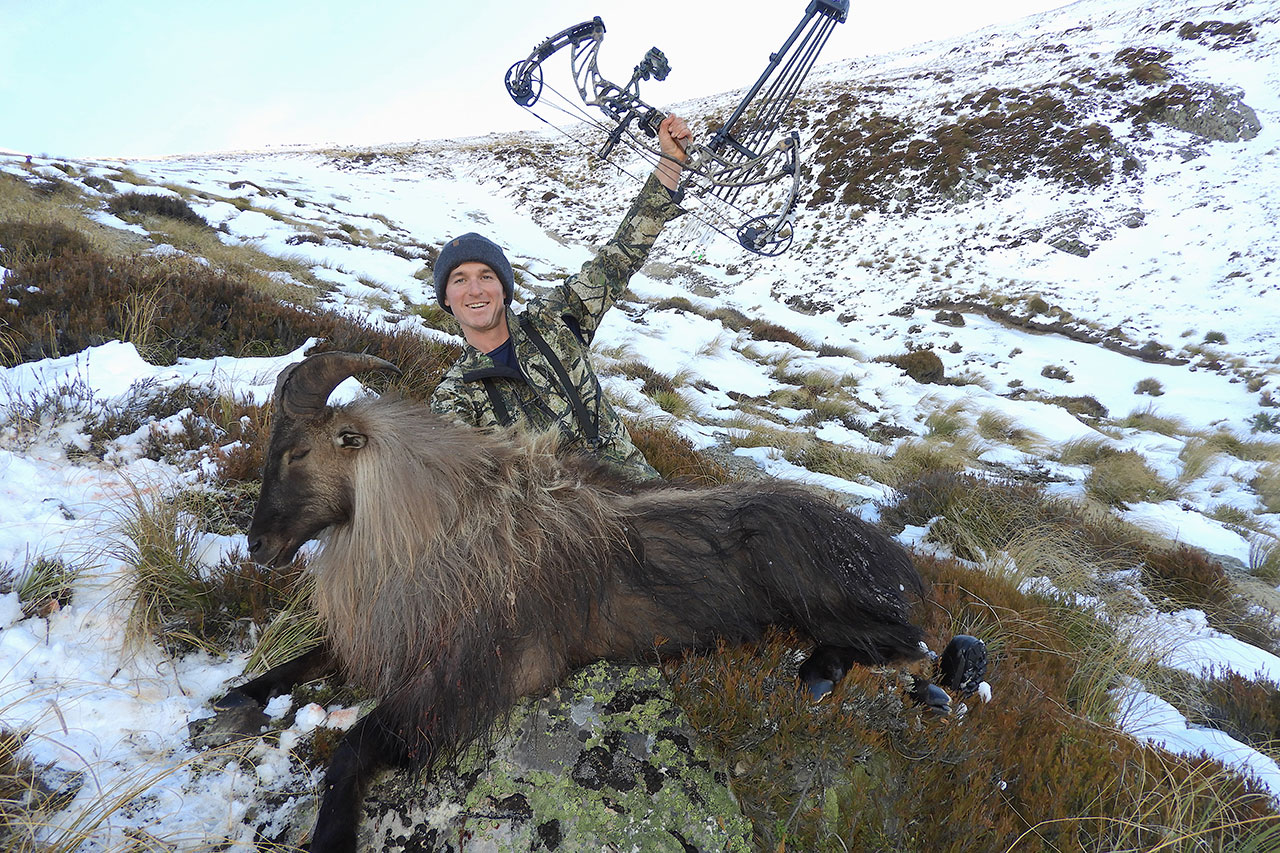 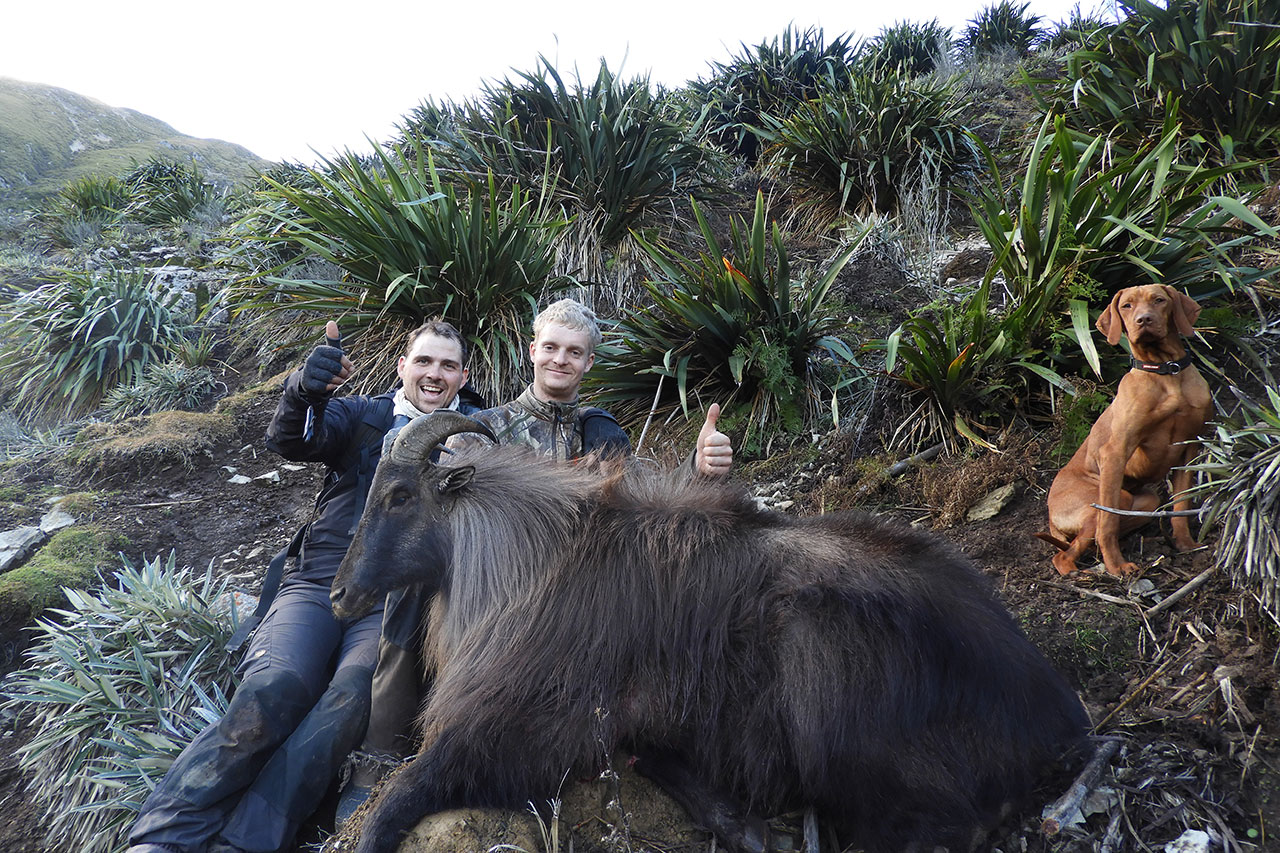 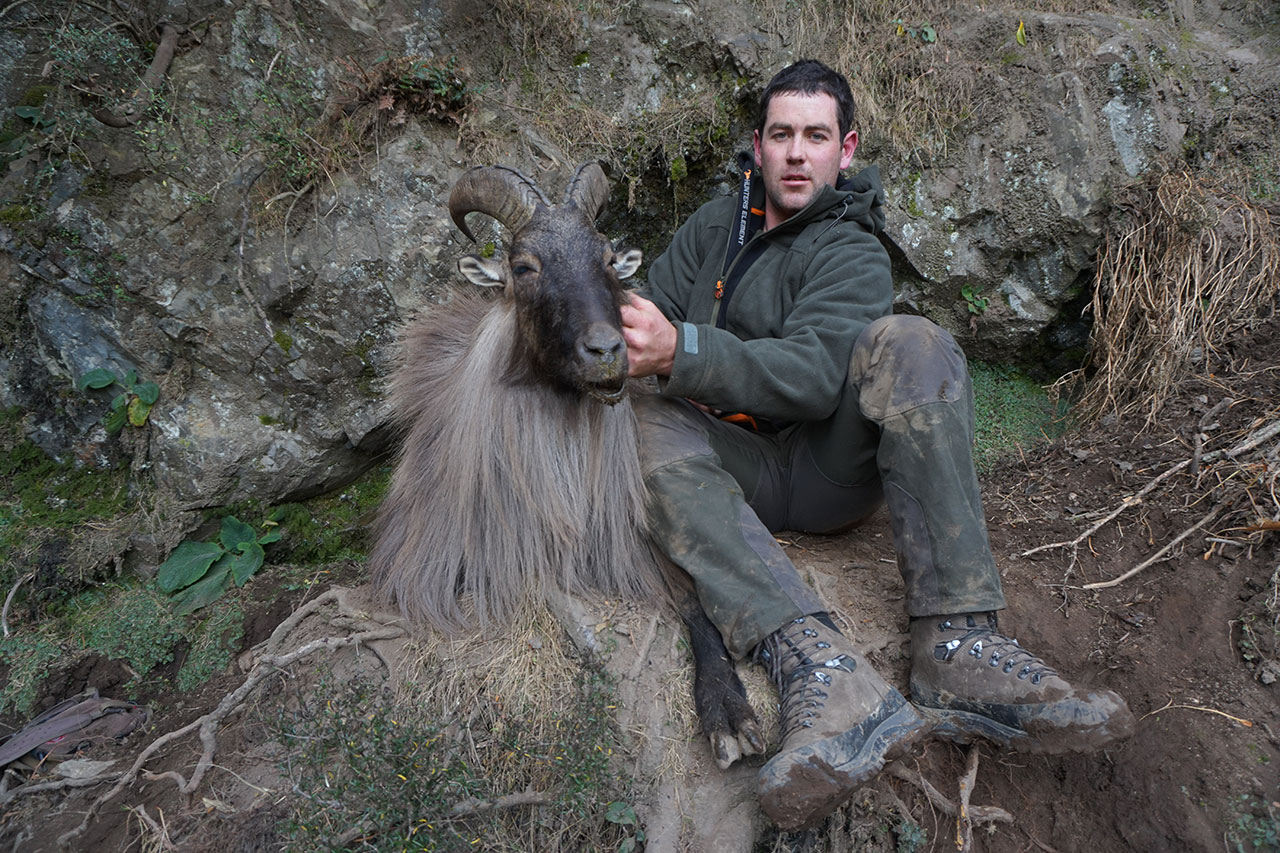 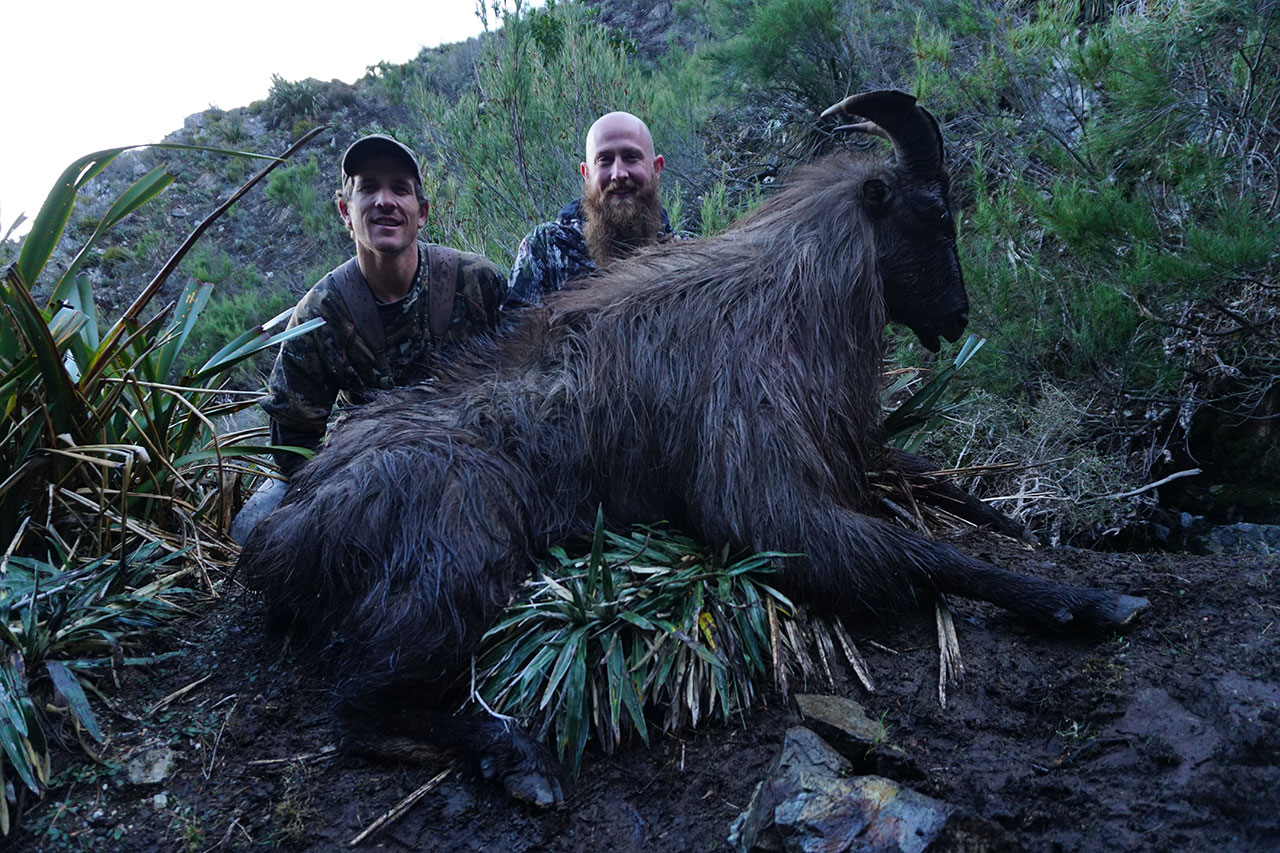 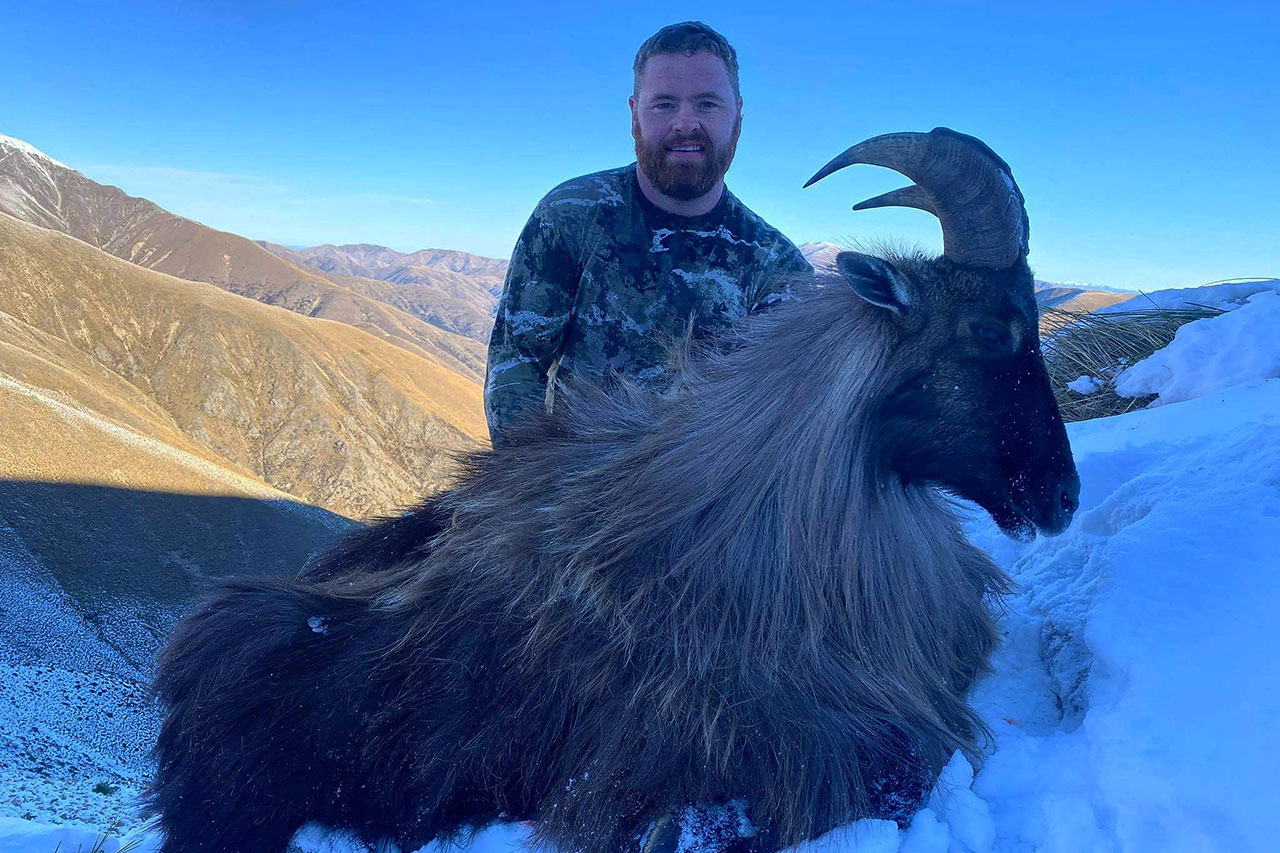 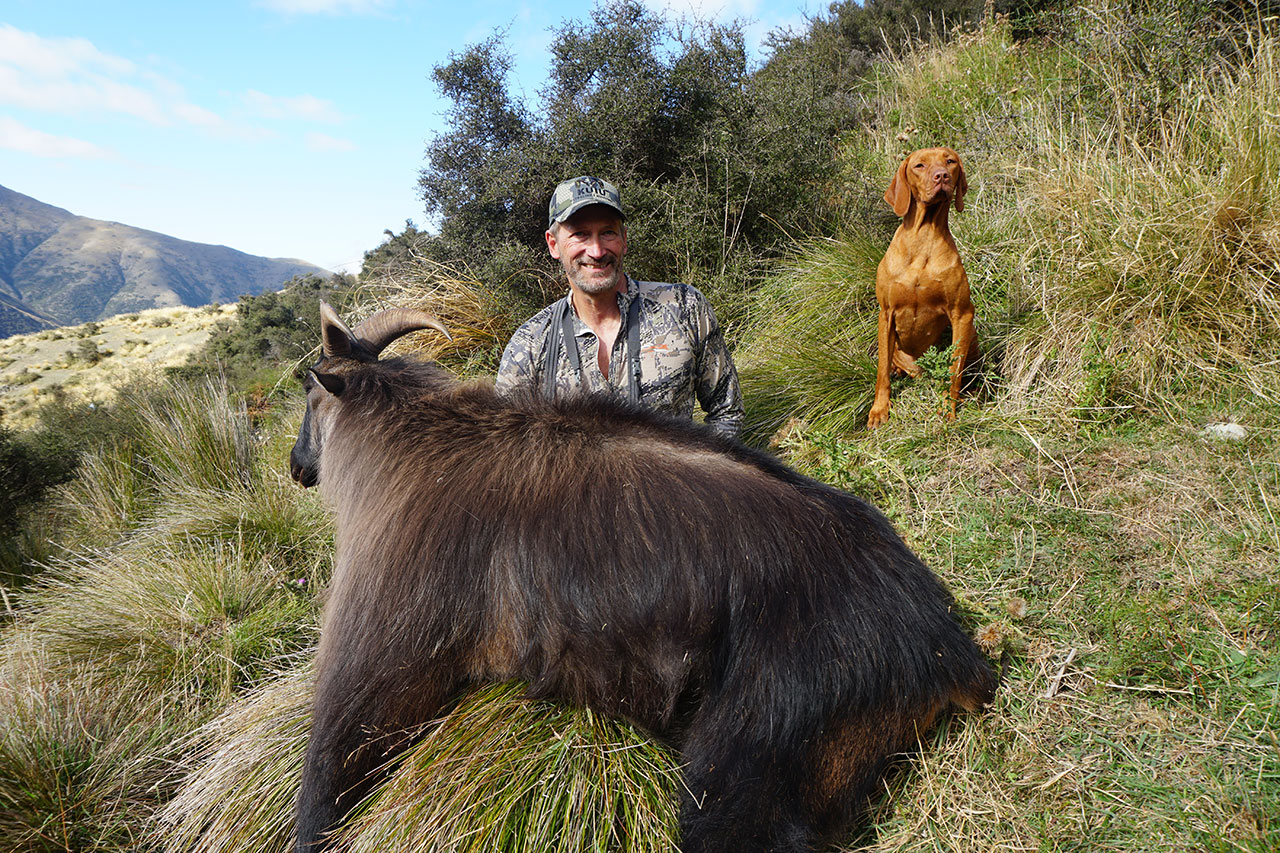 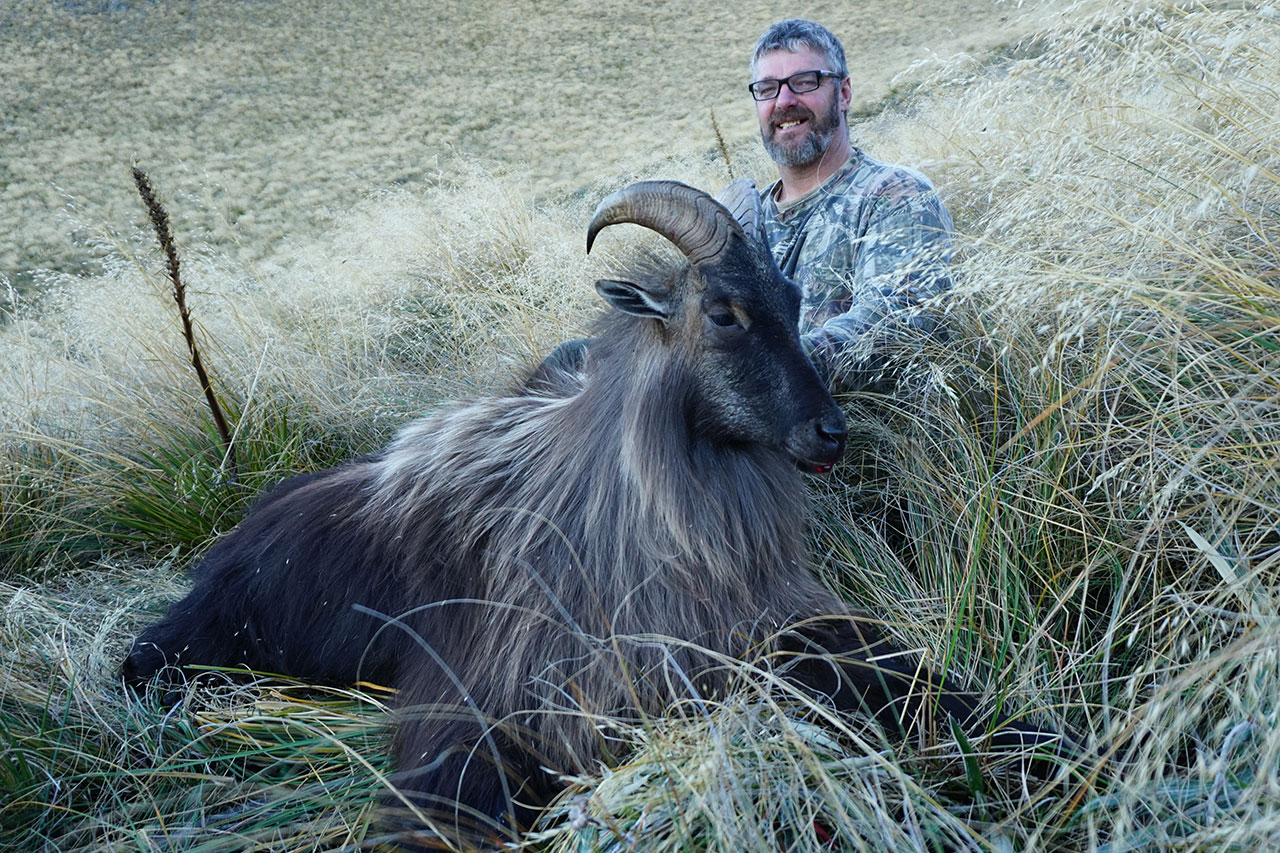 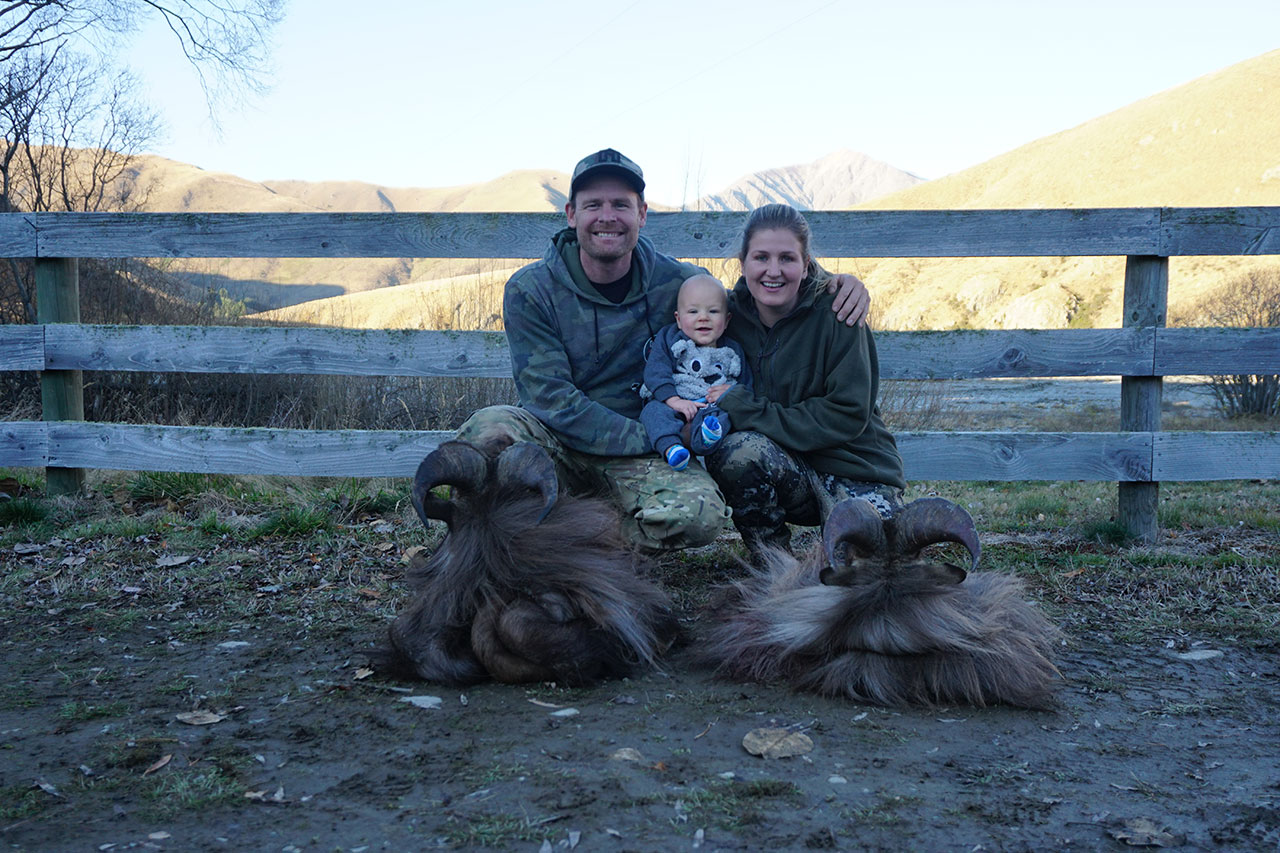 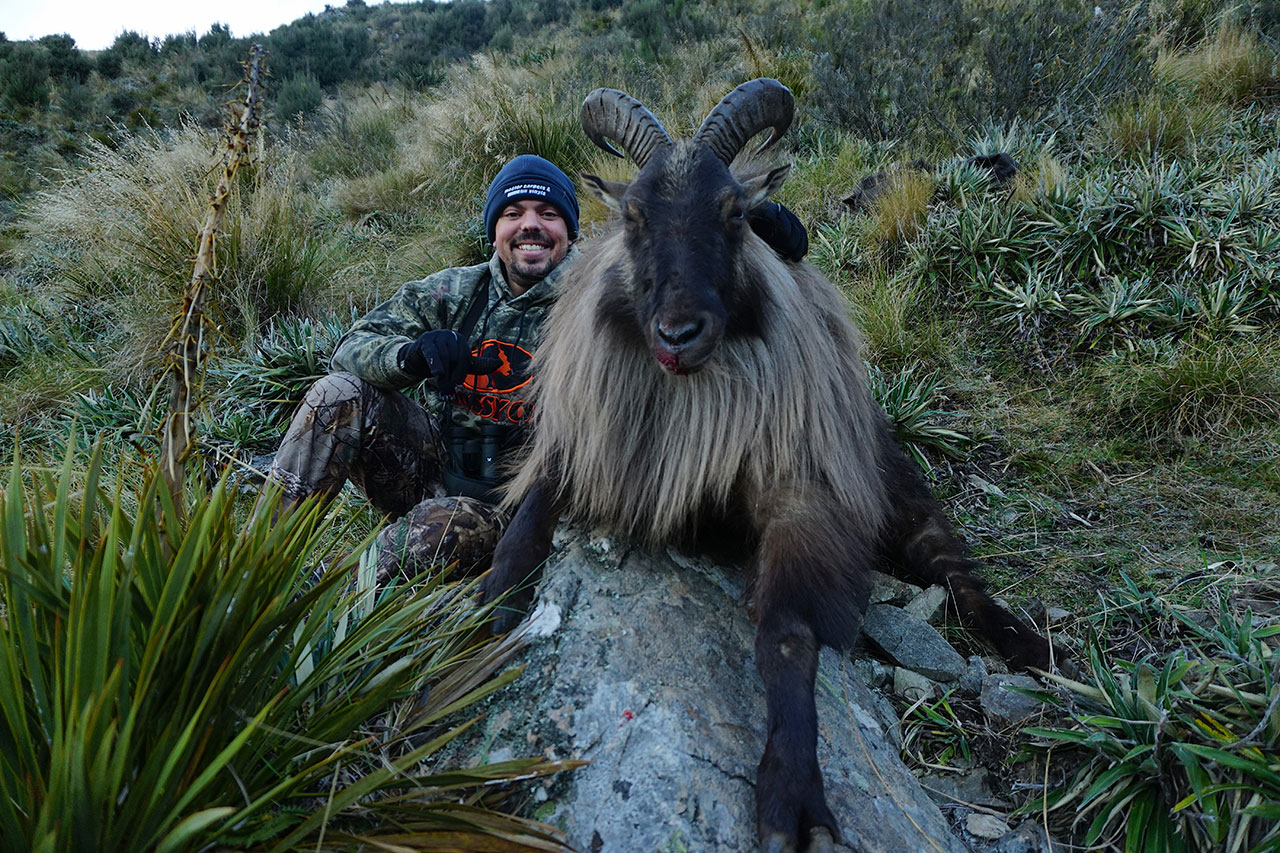 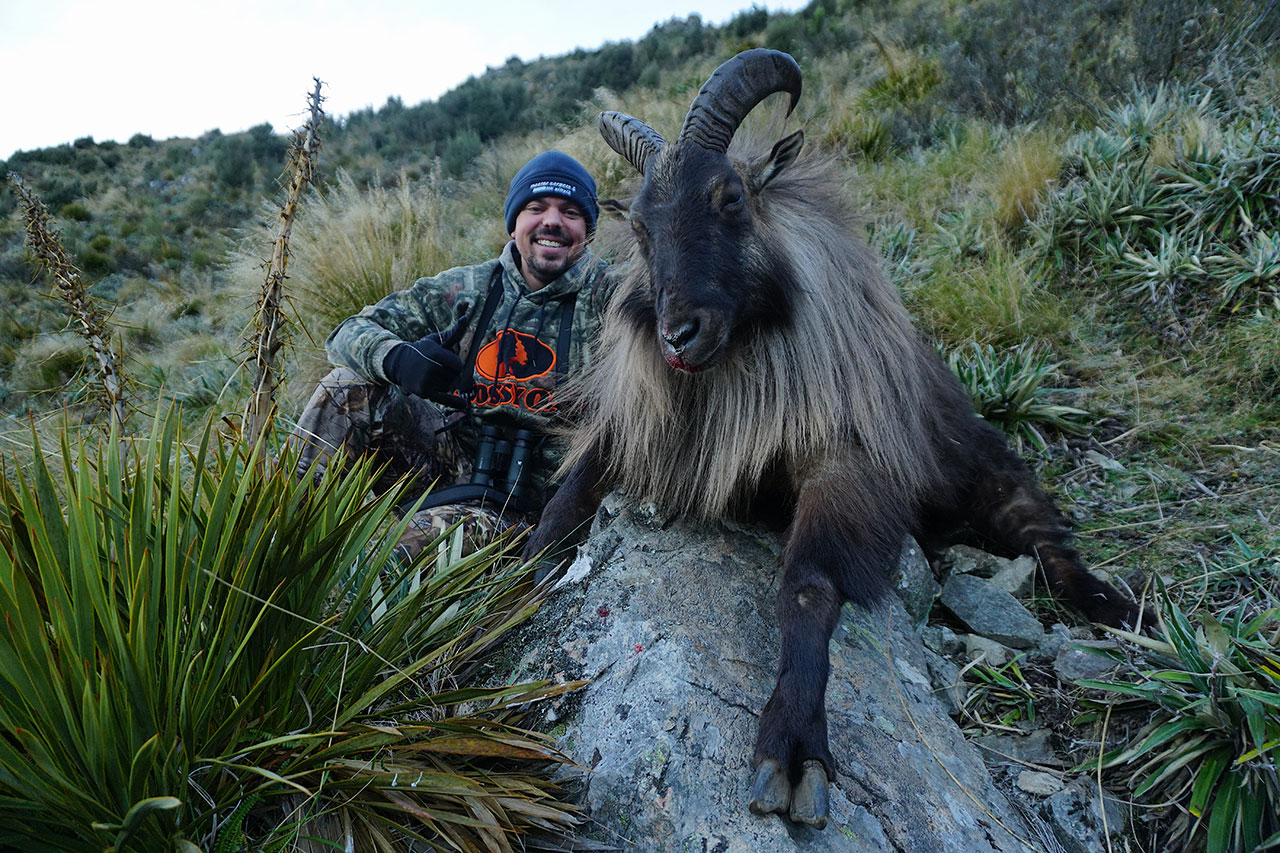 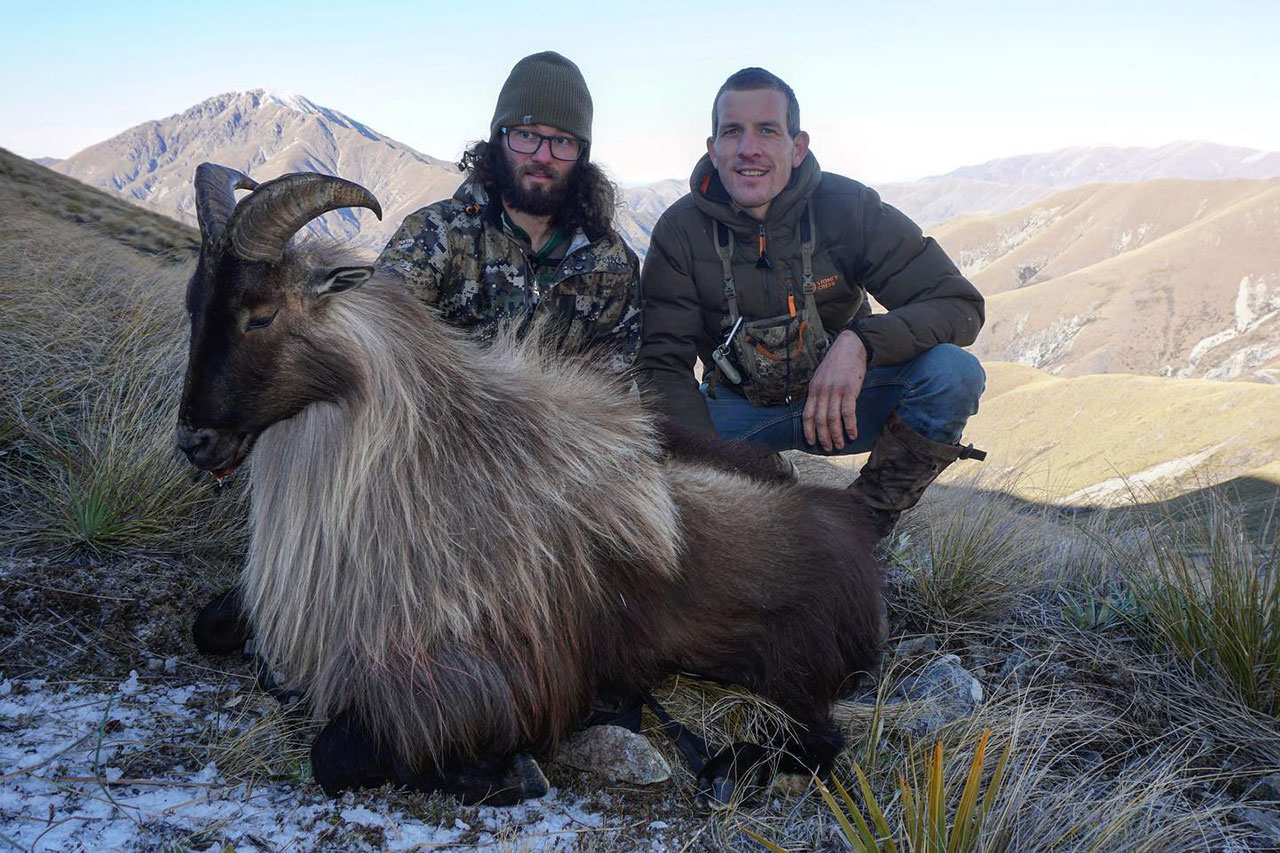 The Himalayan tahr (Hemitragus jemlahicus) is the pinnacle of alpine hunting in New Zealand. Native to the central Himalayan ranges of India and Nepal, tahr were introduced to New Zealand for sporting purposes in 1904. Populations increased rapidly throughout the South Island due to no natural predators and have since flourished.

Tahr hunting is similar to almost all other goat or sheep hunting. Expect a lot of glassing and steep terrain. Our private land tahr area encompasses 25,000 acres of arguably the best free-range tahr hunting in New Zealand. Hunts are conducted daily from base camp and taken place on foot in spot and stalk style. Our public land tahr hunts offer a genuine public land wilderness experience taking you by vehicle or helicopter in to New Zealand’s spectacular snow-capped mountains and glacier-fed rivers.

We aim to take mature bulls of six years and upwards. A bull will increase in body size, horn mass/length and cape quality as they mature. While a bull 12” and over is considered to be of trophy quality, we work hard to harvest 13” + mature trophy class bulls for all our hunters. We primarily operate on private land, as it holds exceptional numbers of trophy class free-range bull tahr. It is not uncommon to glass over 30 – 40 bulls for a single day. A mature bull can weigh in excess of 120kg (265lb), while nannies typically weigh around 30kg – 35kg (66lb – 77lb). Although bull tahr can be hunted year-round, they display an impressive blonde and dark brown cape throughout the winter months (May – August). Their mane is particularly striking during the rutting period, from mid-May through to late-June. Bulls will compete in prolonged displays for females in oestrus. This is a favourable period for the sporting hunter, as capes are in their prime and mature bulls are easier to find. Bulls will typically be alone or in bachelor groups pre-rut and post-rut. They lose much of their coat in spring/summer months and it is significantly lighter in colour.

We are internationally renowned as free-range tahr hunting specialists, harvesting mature 13” + trophy class bulls year after year. Bull tahr in their full winter cape is one of the most beautiful animals in the world and New Zealand is home to the only free-range population outside of their native Himalayan ranges. Their lion like mane and the terrain they inhabit truly makes them the finest and most rewarding trophies New Zealand has to offer.