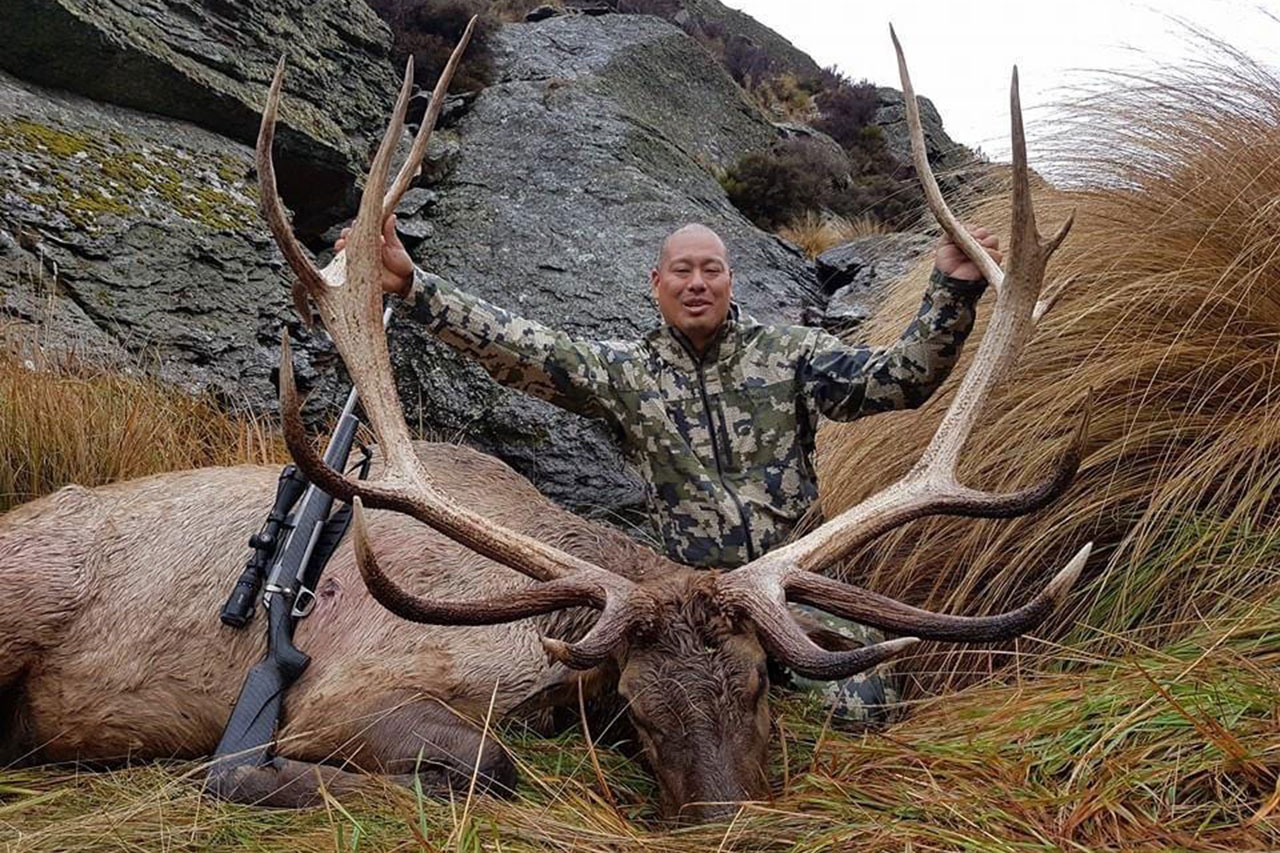 The Rocky Mountain elk (Cervus canadensis nelsoni) or wapiti subspecies were first introduced to the remote south west corner of New Zealand’s South Island in 1909. The small herd of 20 animals was a gift from U.S President Teddy Roosevelt. Following the initial successful release in the wilds of Fiordland National Park, a combination of hunting pressure and interbreeding with red deer ensued in the following years. While the population is well established in the wild today, the pure Rocky Mountain elk subspecies has since diminished through interbreeding. The Fiordland herd is the only free-range elk herd in the Southern Hemisphere.

Premium Rocky Mountain elk are currently commercially raised and genetically enhanced for New Zealand’s deer farming industry. Elk are purpose-bred for the booming venison and velvet trade, as well as producing some of the finest first-class bull elk trophies in the world. Our private estate bulls are measured under the SCI scoring system. All bulls are scored by official measurers, with typical and non-typical bulls ranging from SCI 320 – SCI 450 +. Hunts are conducted daily from base camp and taken place on foot in spot and stalk style.

No secret to our North American hunters, bull elk are arguably one of the most impressive antlered species in the world and their remarkable bugle is sure to send shivers down your spine. They are the largest deer species in New Zealand, with mature bulls weighing in excess of 300kg (660lb). Our private estate encompasses 30,000 acres of fantastic elk hunting terrain, making it a great challenge for any hunter. Hunts are taken place on foot in spot and stalk style. Bull elk are increasingly active throughout Autumn months (March – April) during the bugle, which is a favourable period for the sporting hunter. As a general guide, bulls are in hard antler from late-February through to early-August.