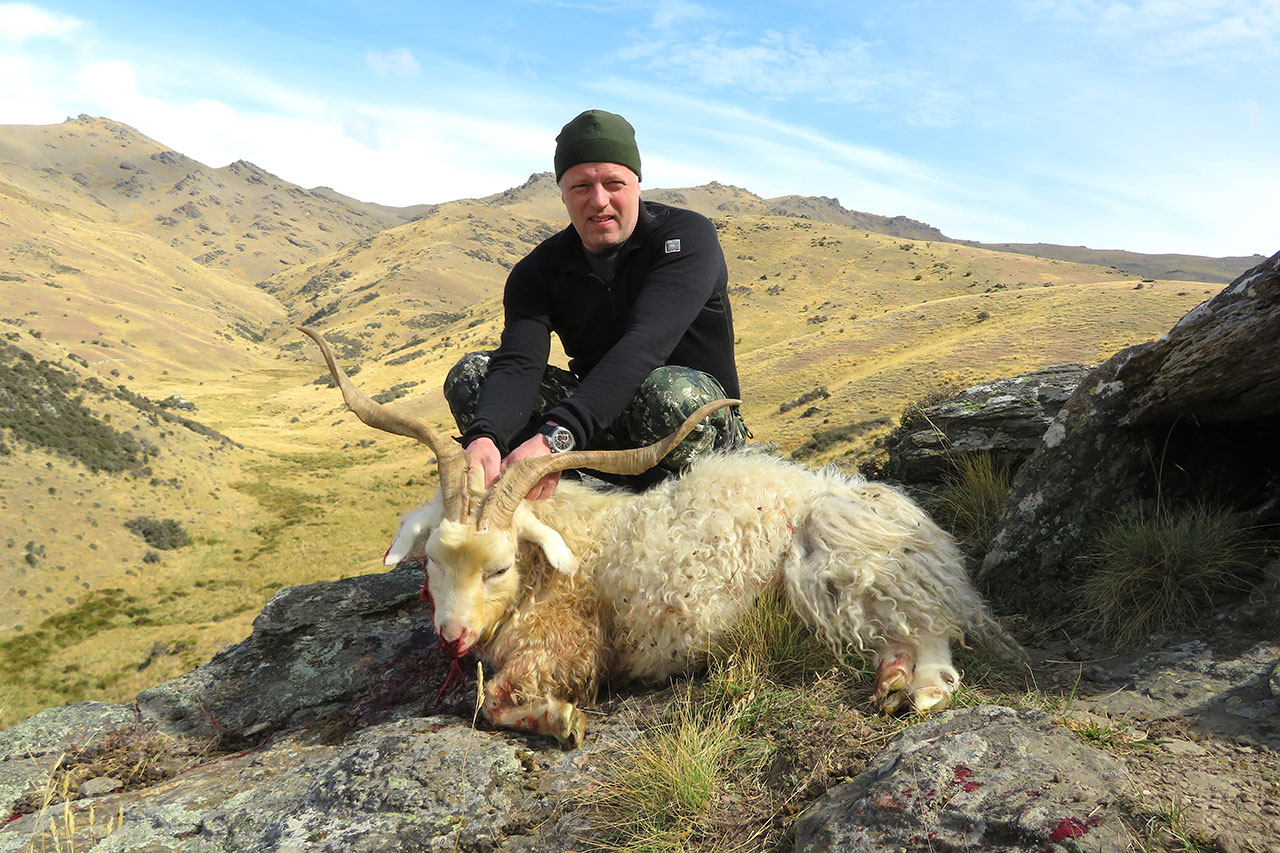 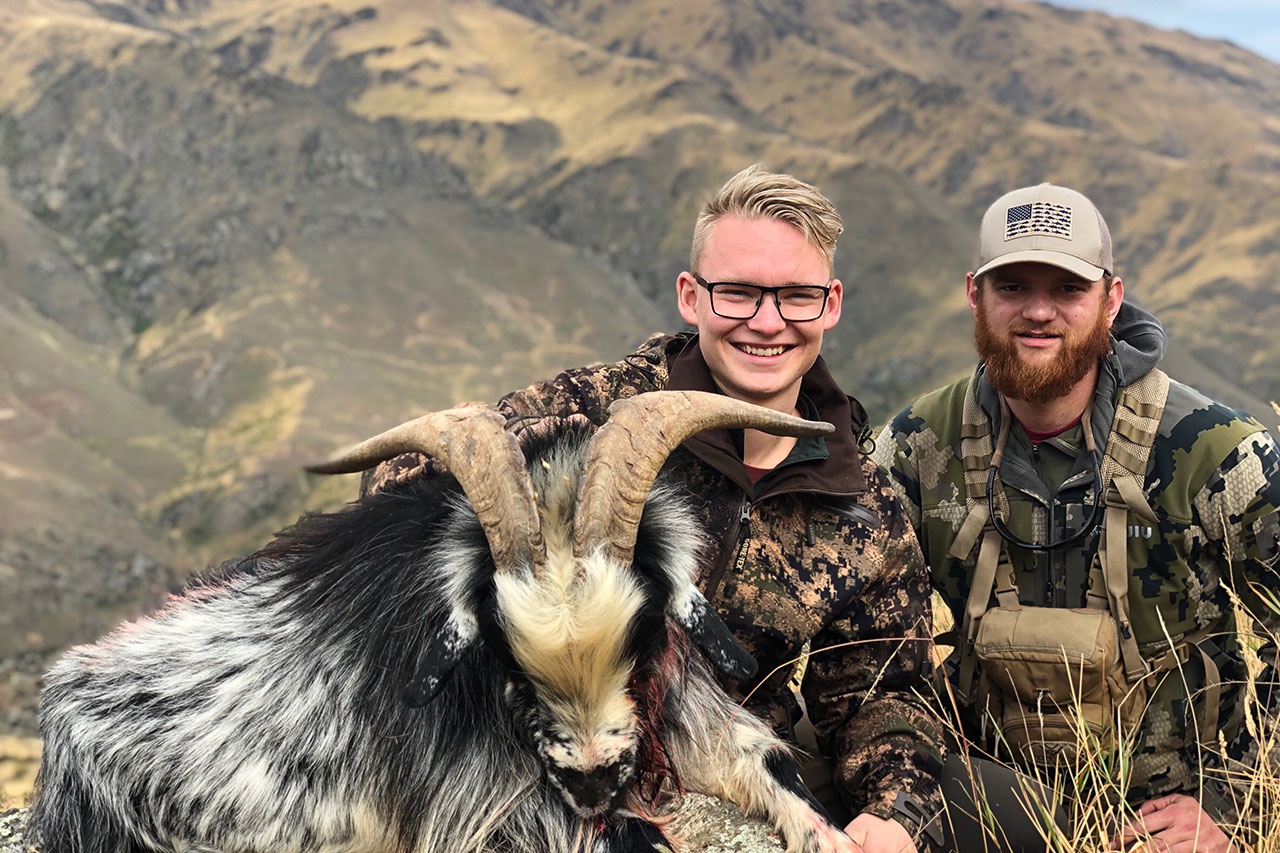 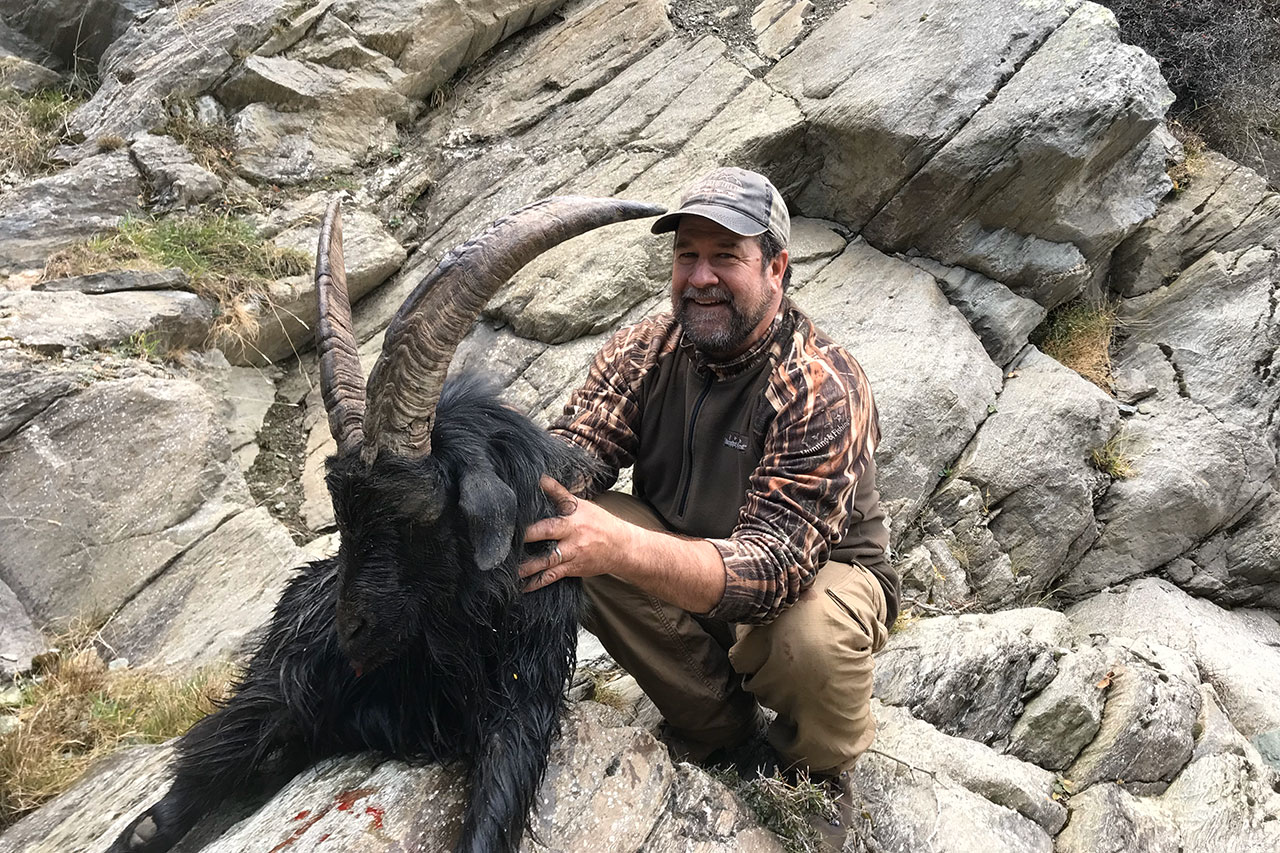 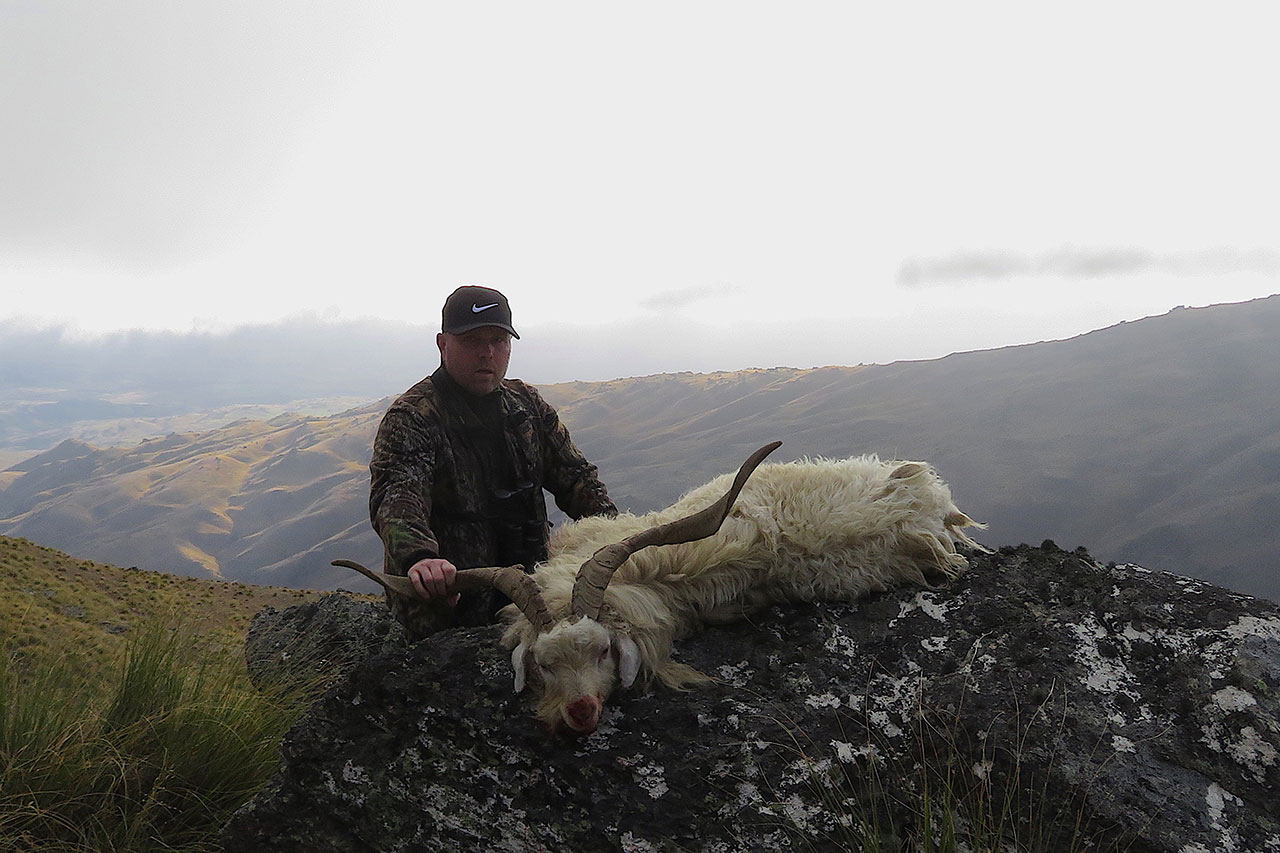 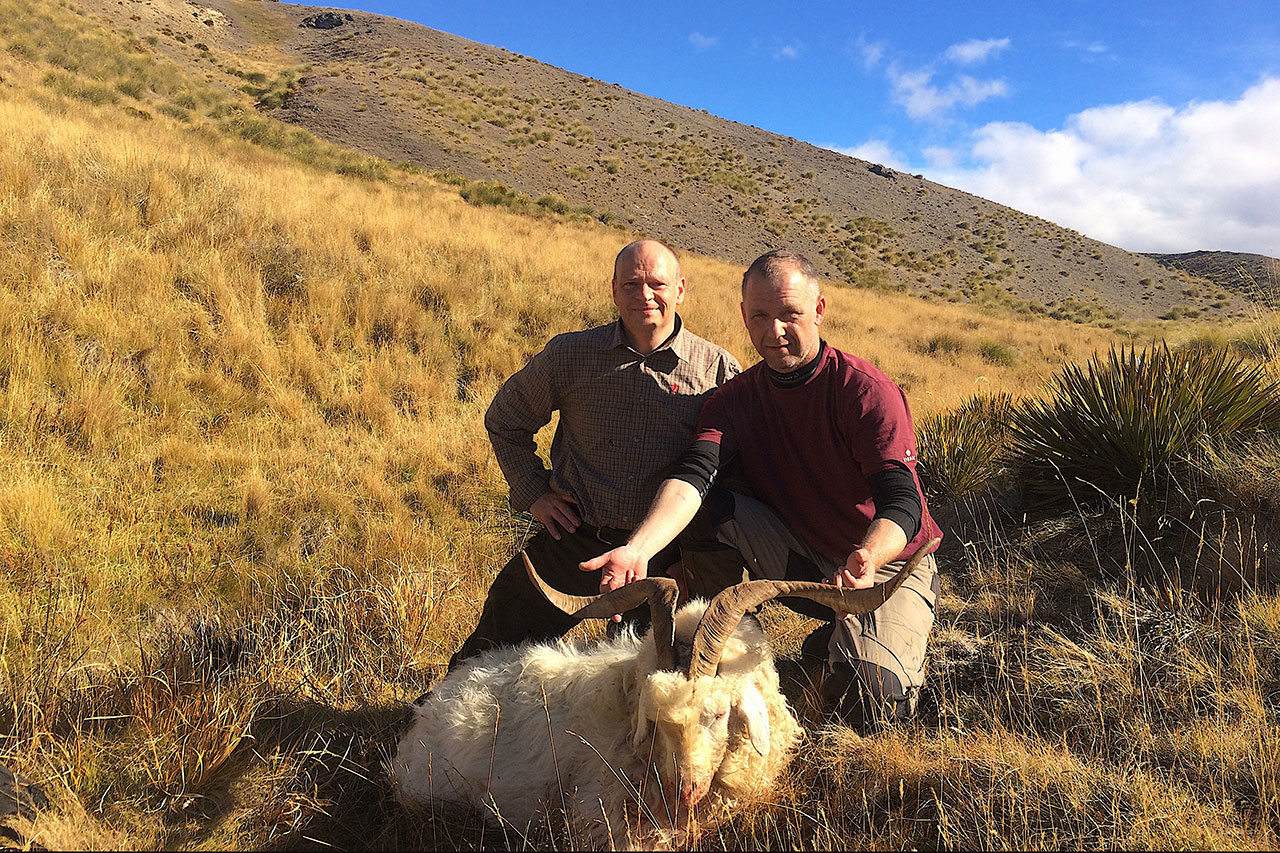 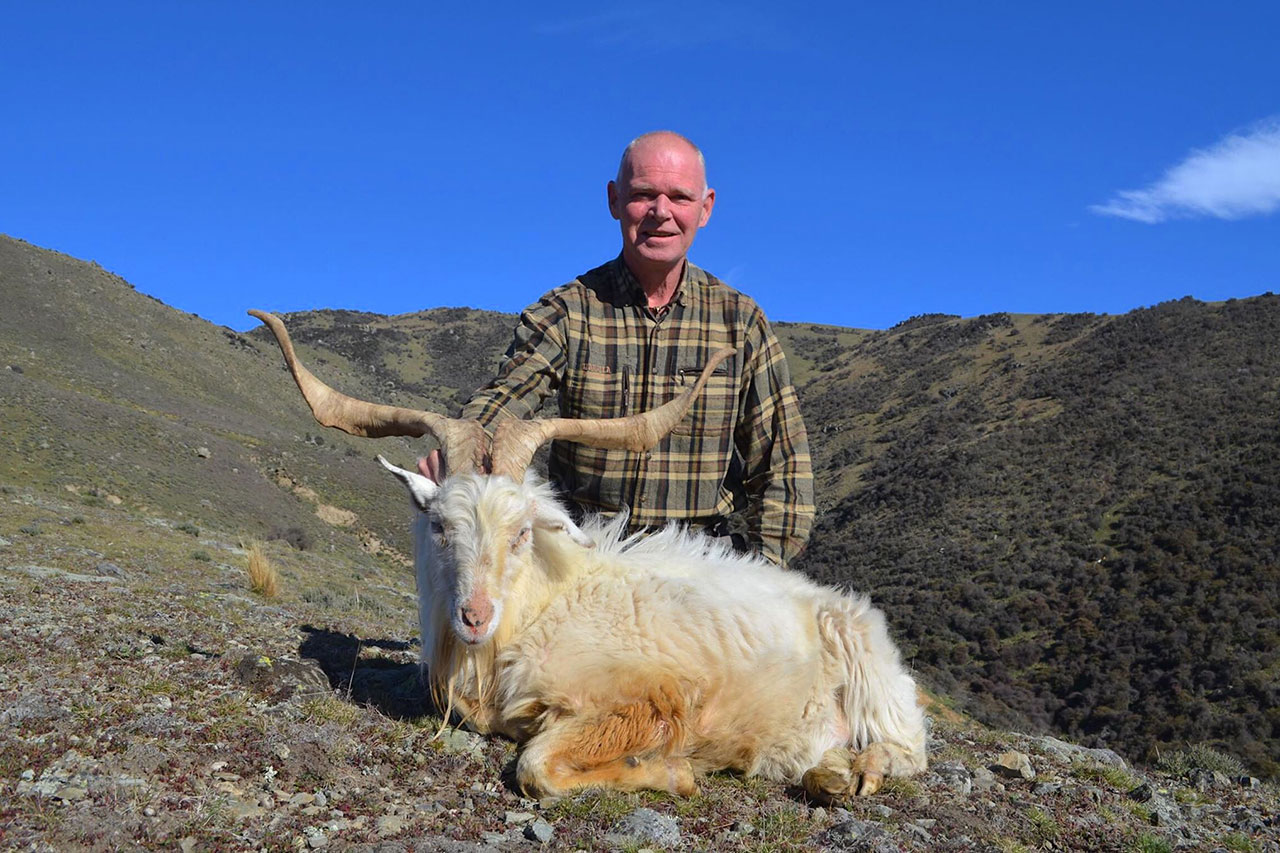 Wild goats (Capra hircus) were introduced to New Zealand in the 1770’s by European settlers as a food resource. The descendants of those that were released or escaped thrived in the grassland, forest and scrubland areas. The wild goat is now well established throughout New Zealand.

Wild goats are small and agile. They inhabit a vast diversity of terrain, from sea level to the steep rocky hill slopes and coastal cliffs. Mature billies weigh an average of 40kg (88lb), while nannies typically weigh around 30kg (66lb). Their pelt colouration varies from pure white to pure black and assorted shades of grey and brown. A mature trophy billy can range anywhere from 25” to 40” in horn length. Hunts are taken place on foot in spot and stalk style.

A wild goat is a great add on to any hunt and a favourable species for both bow and rifle hunters. Billies make a striking European mount and their pelt makes a great floor rug.