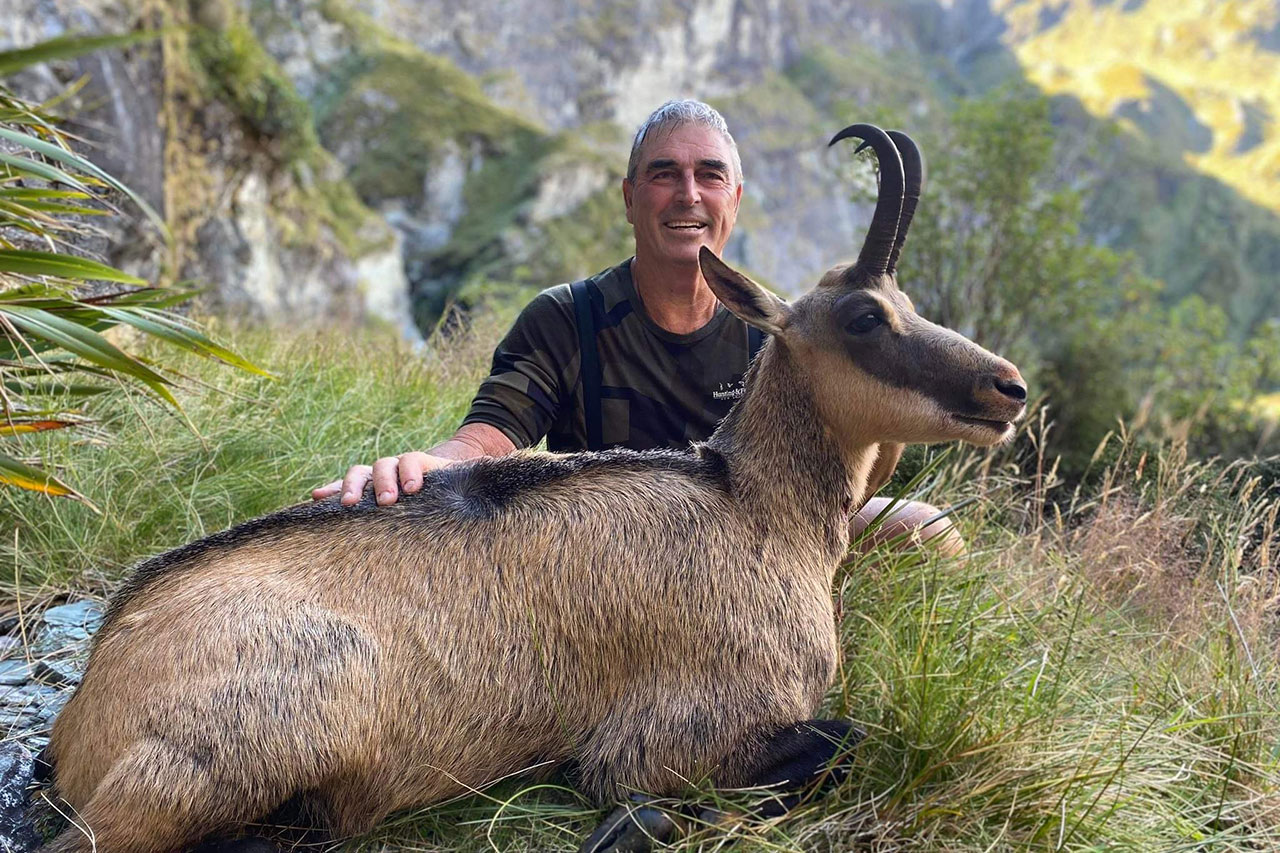 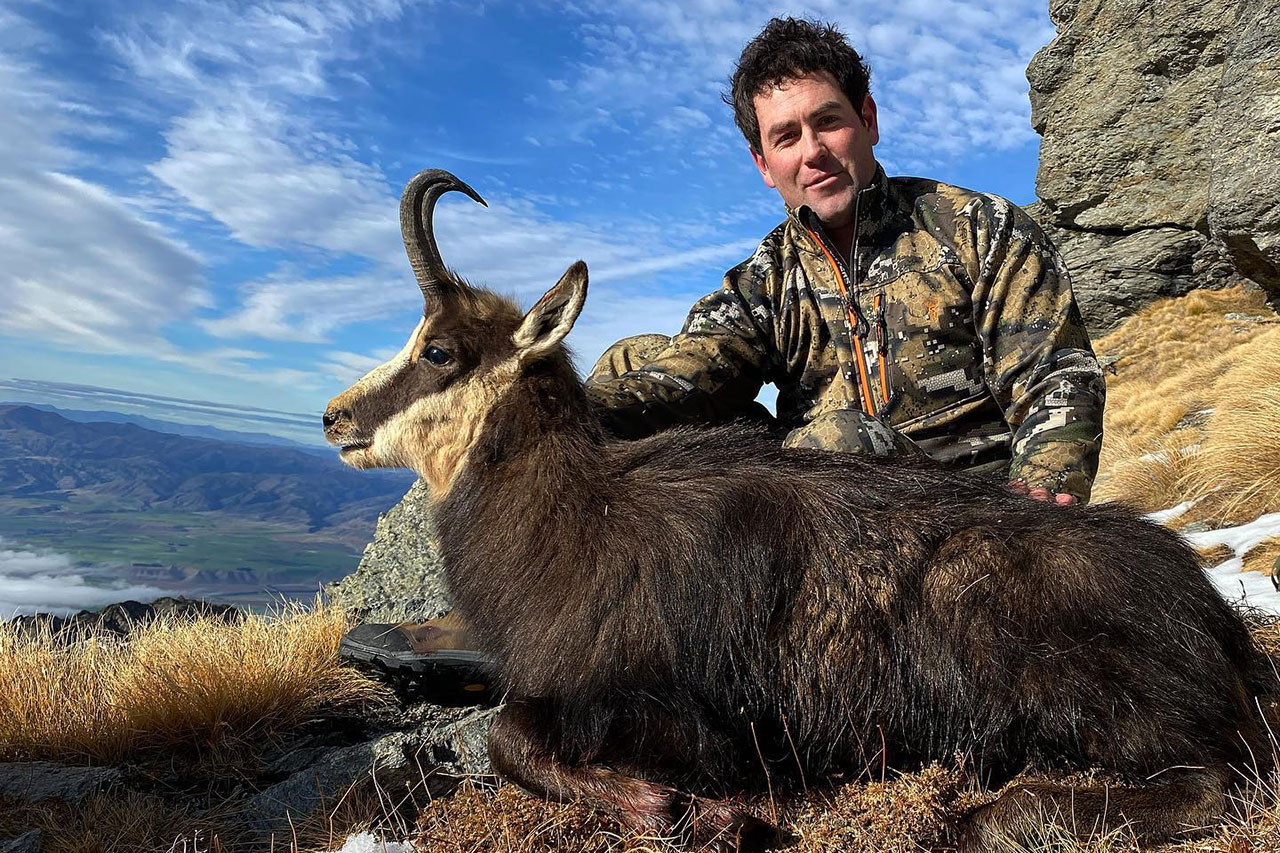 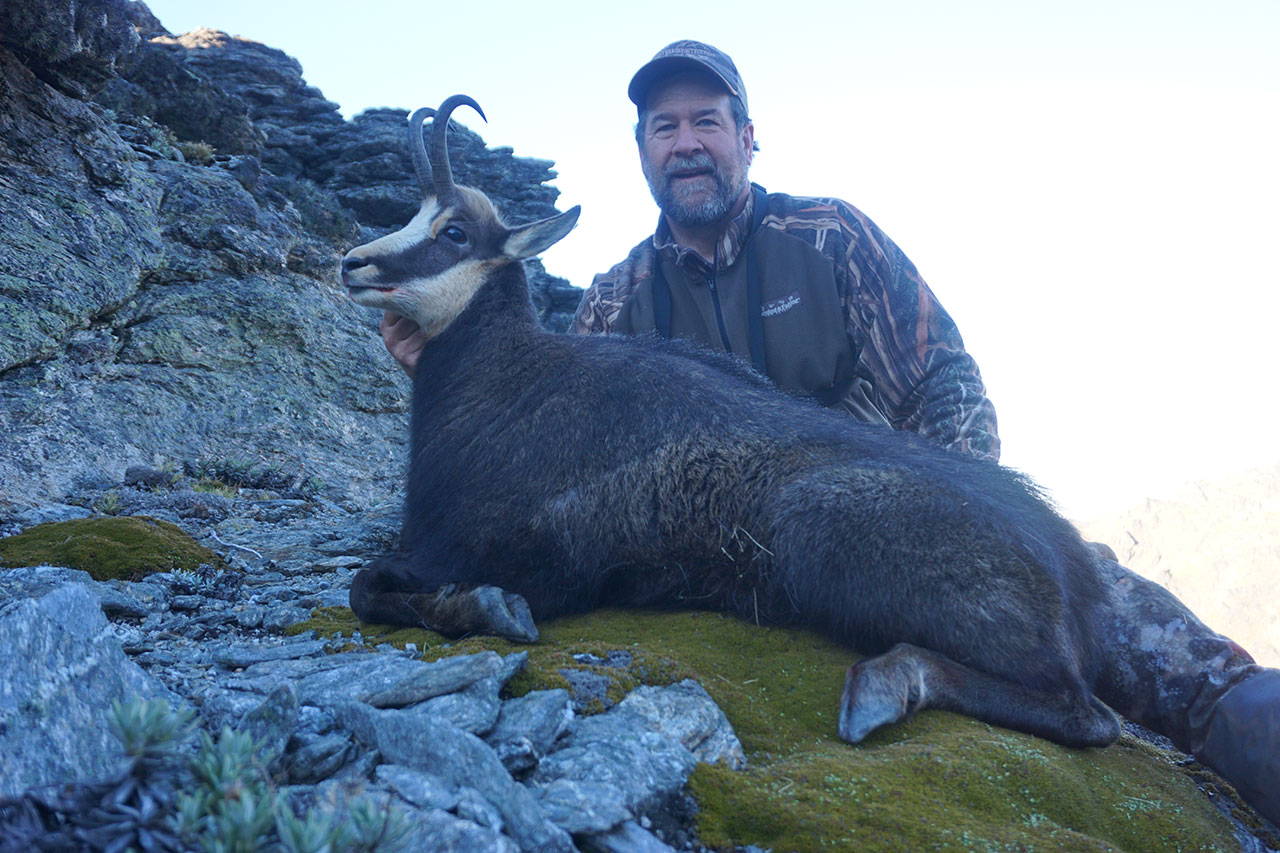 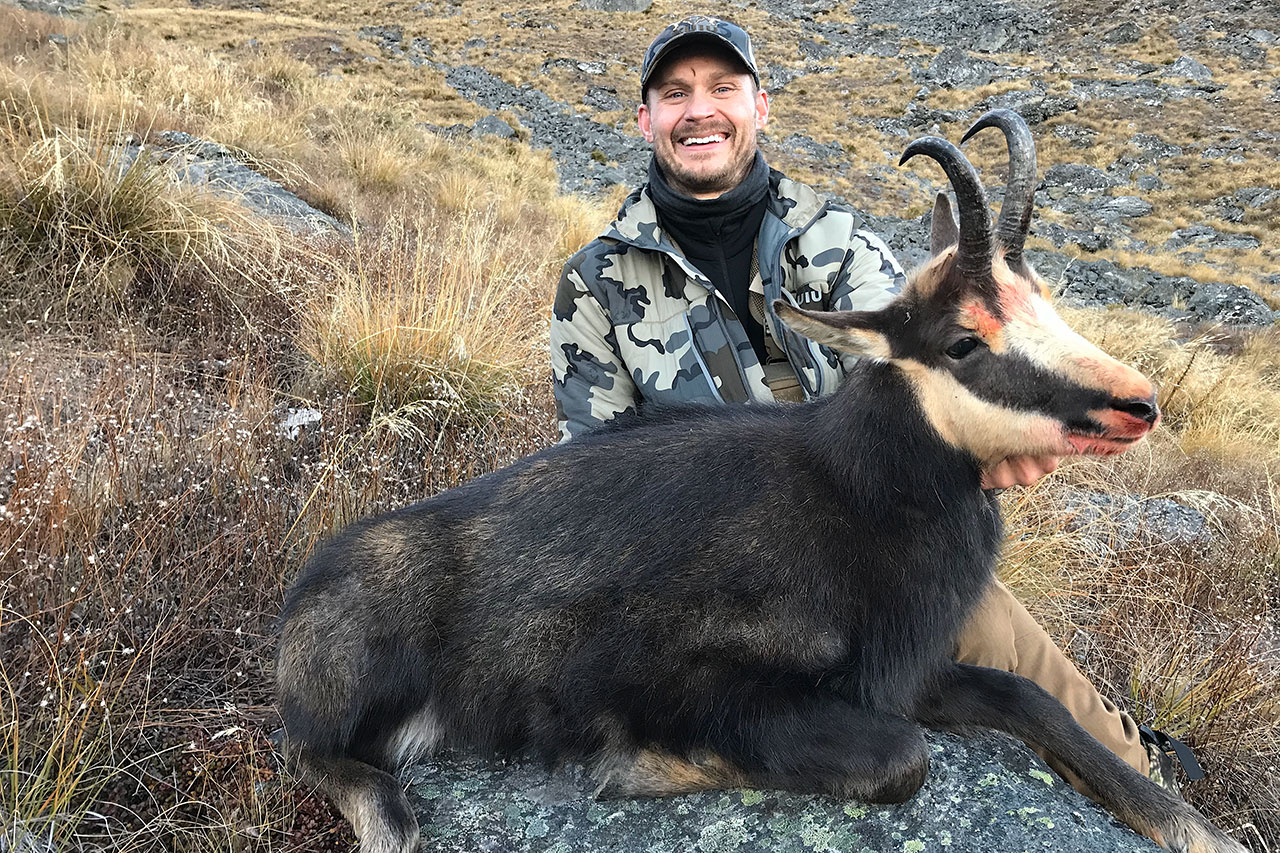 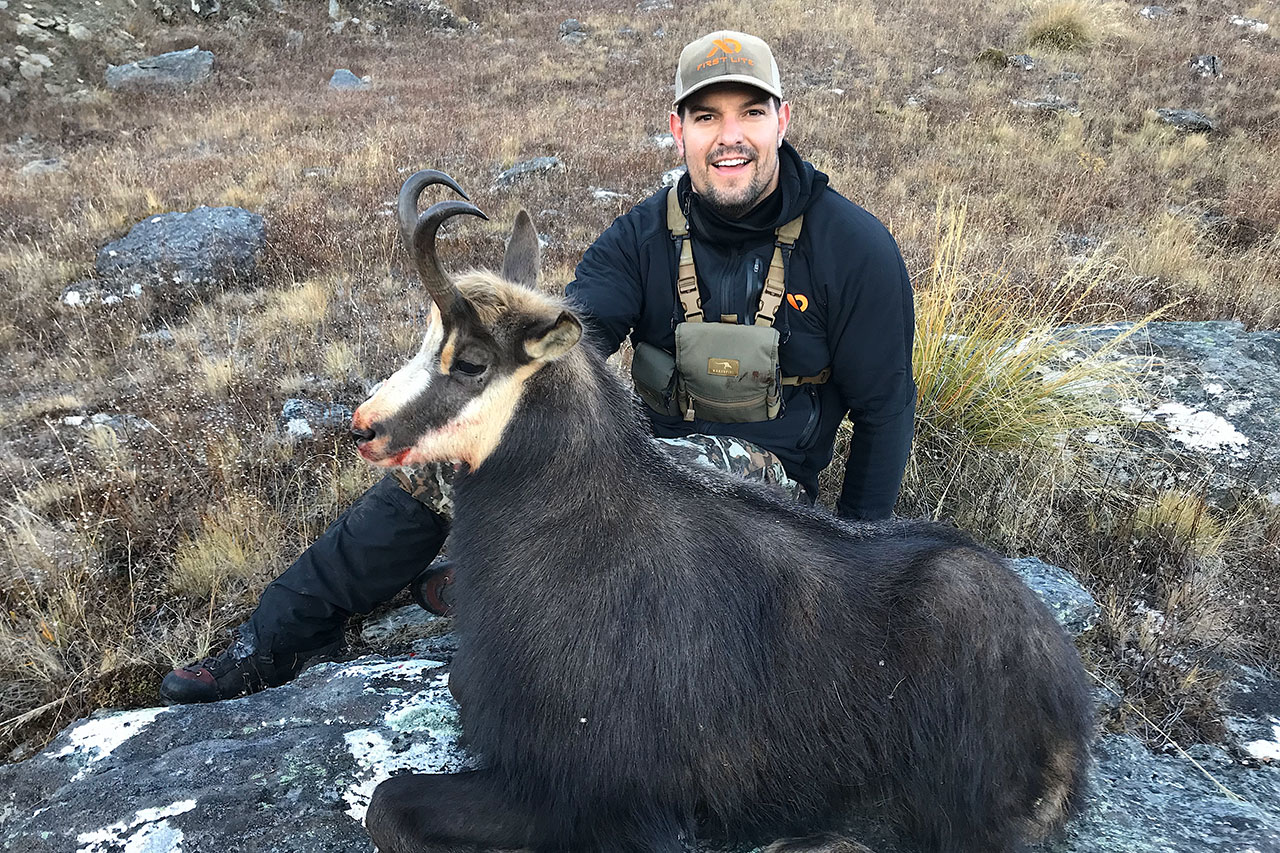 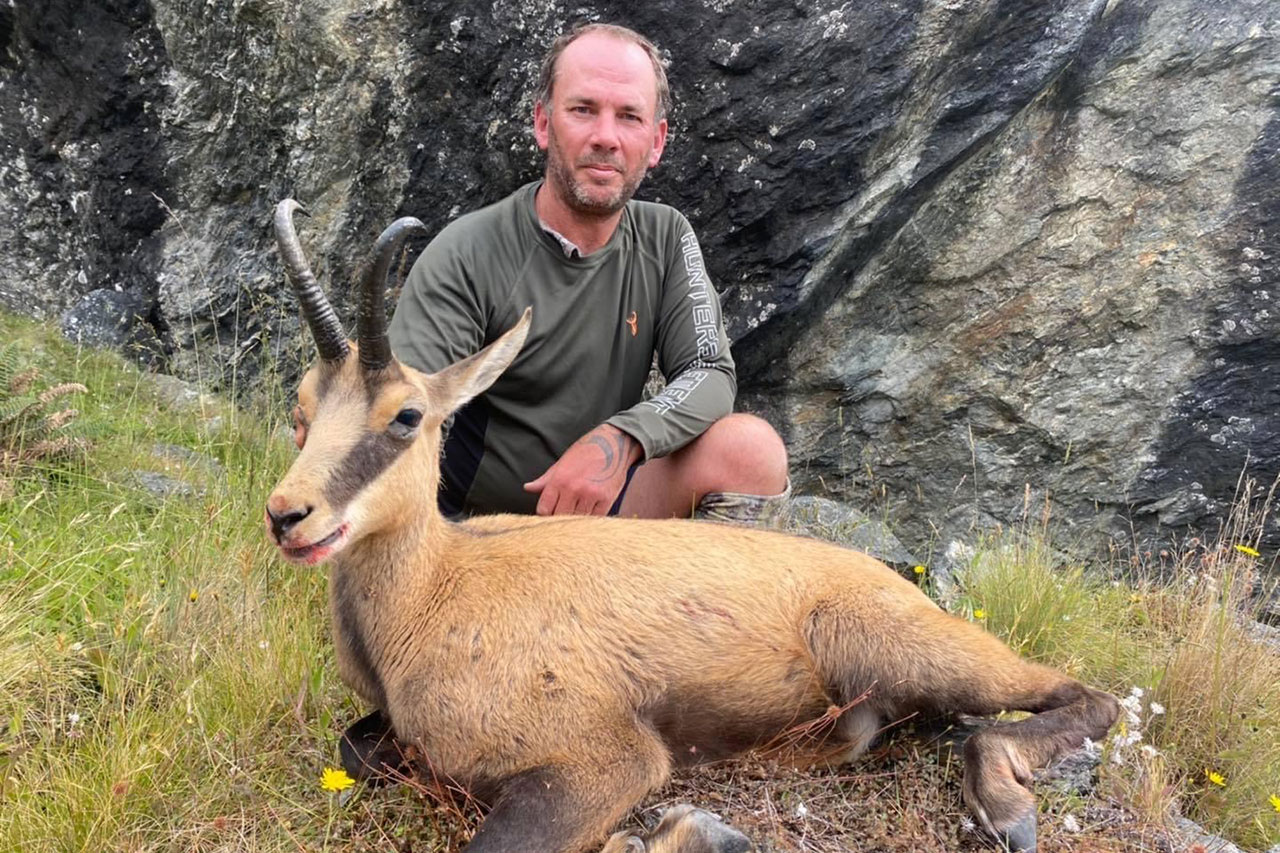 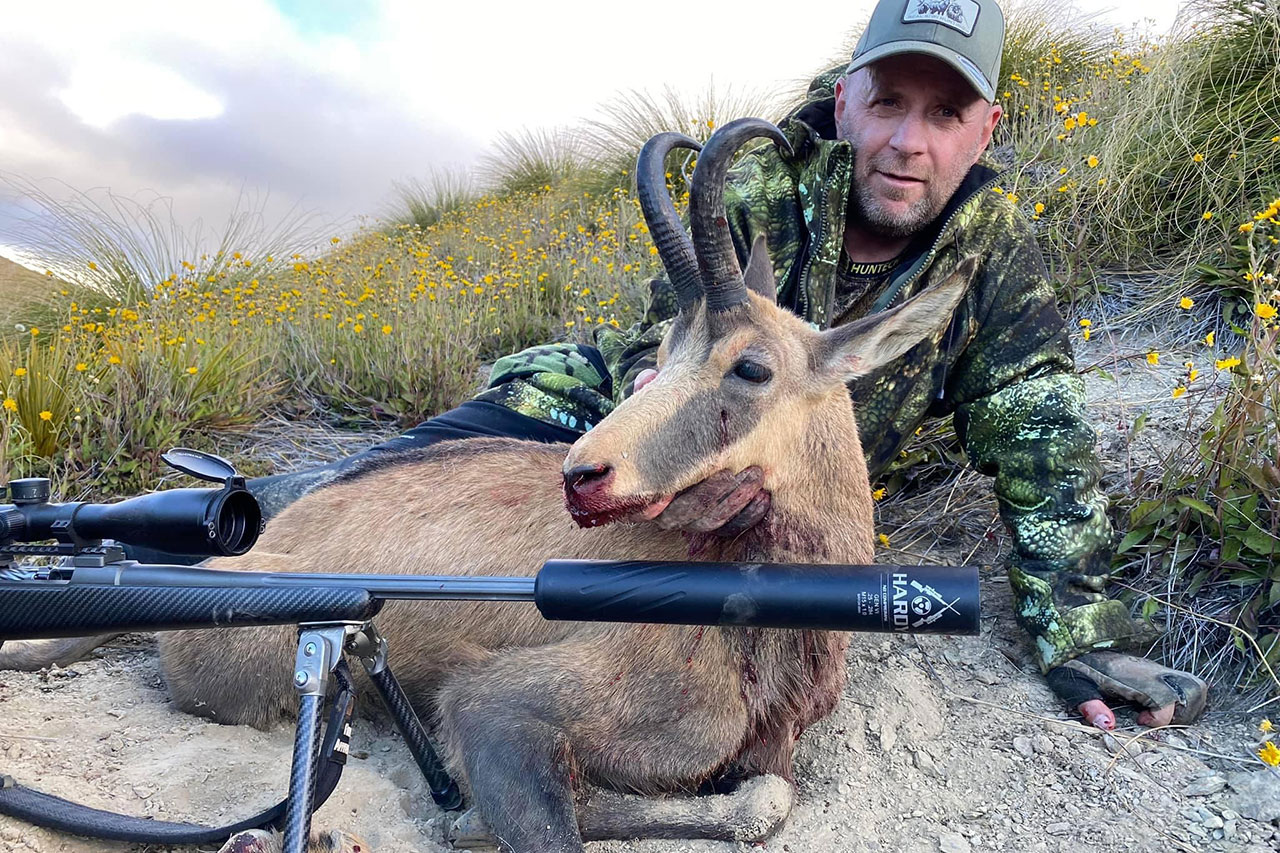 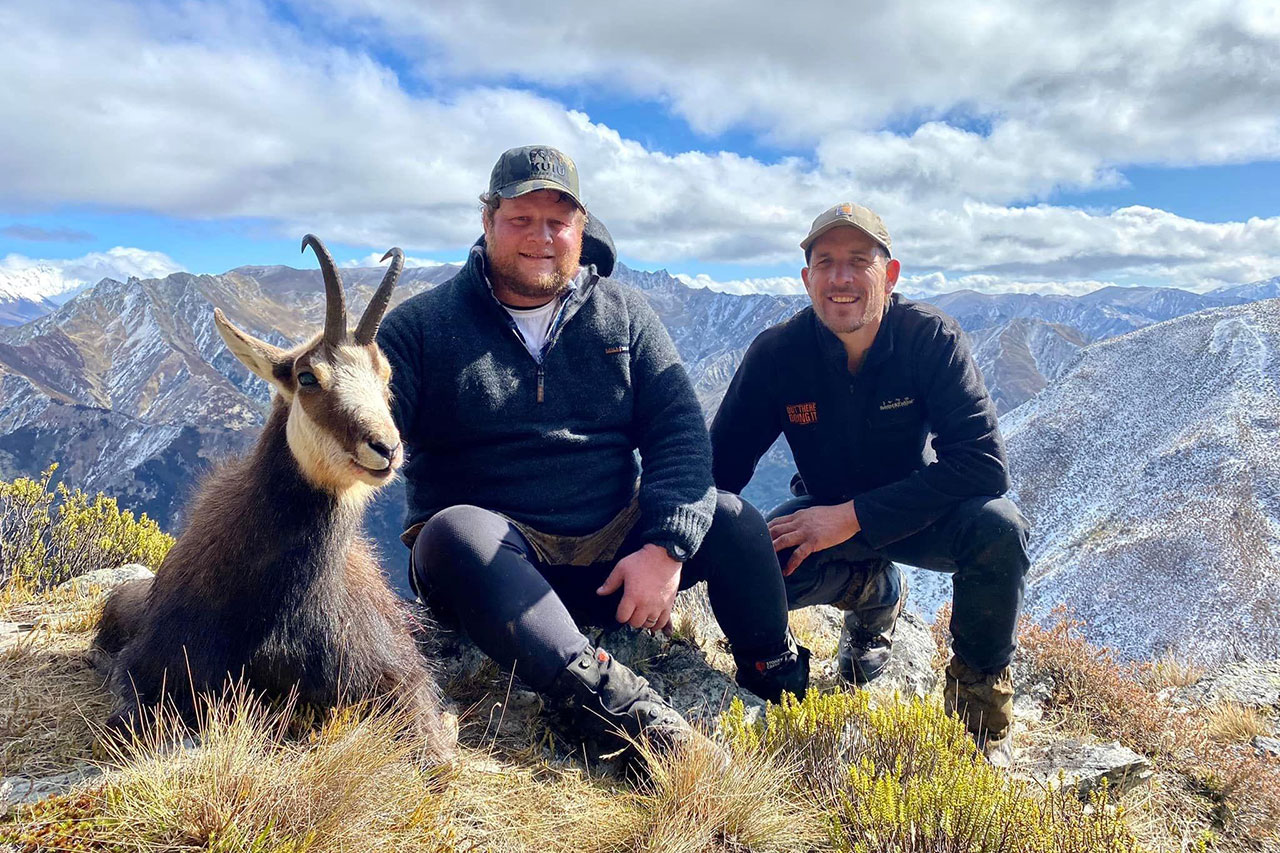 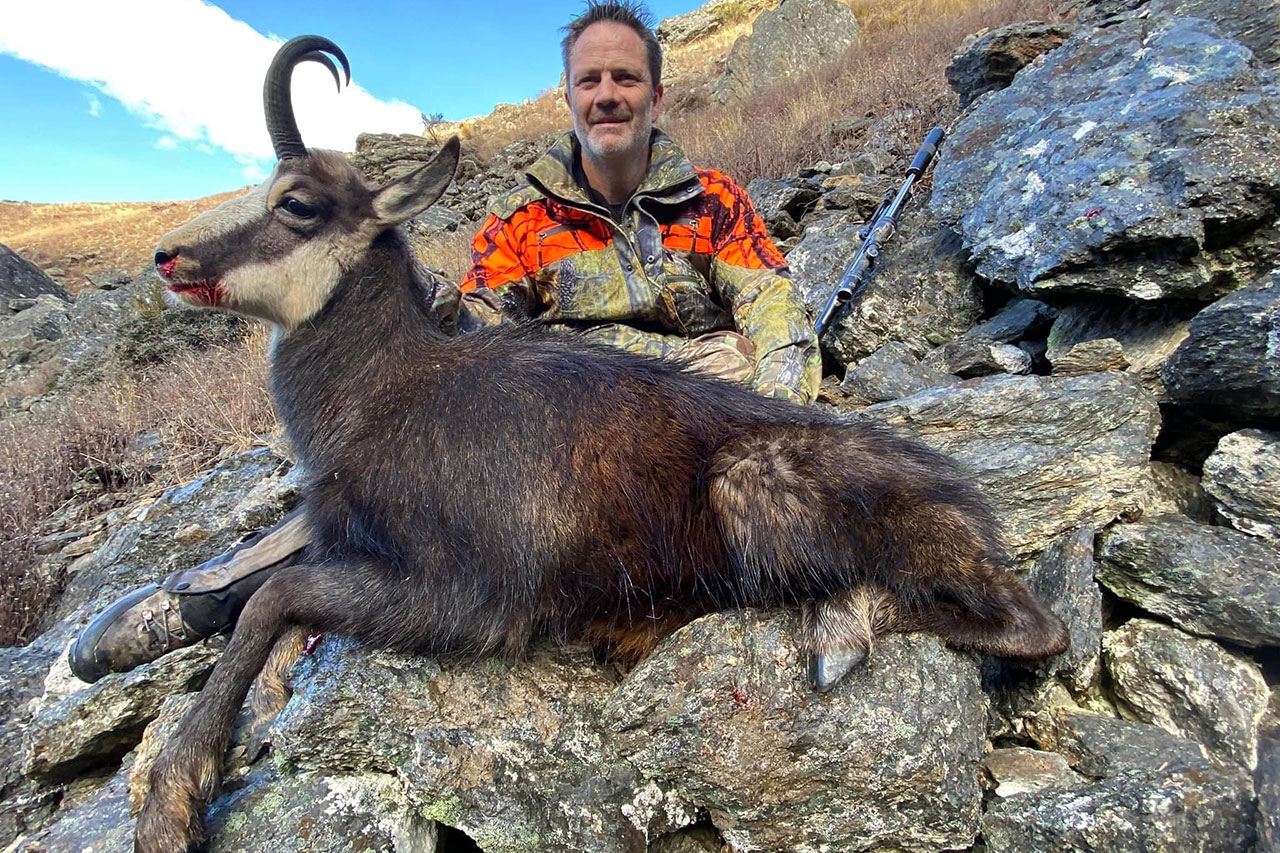 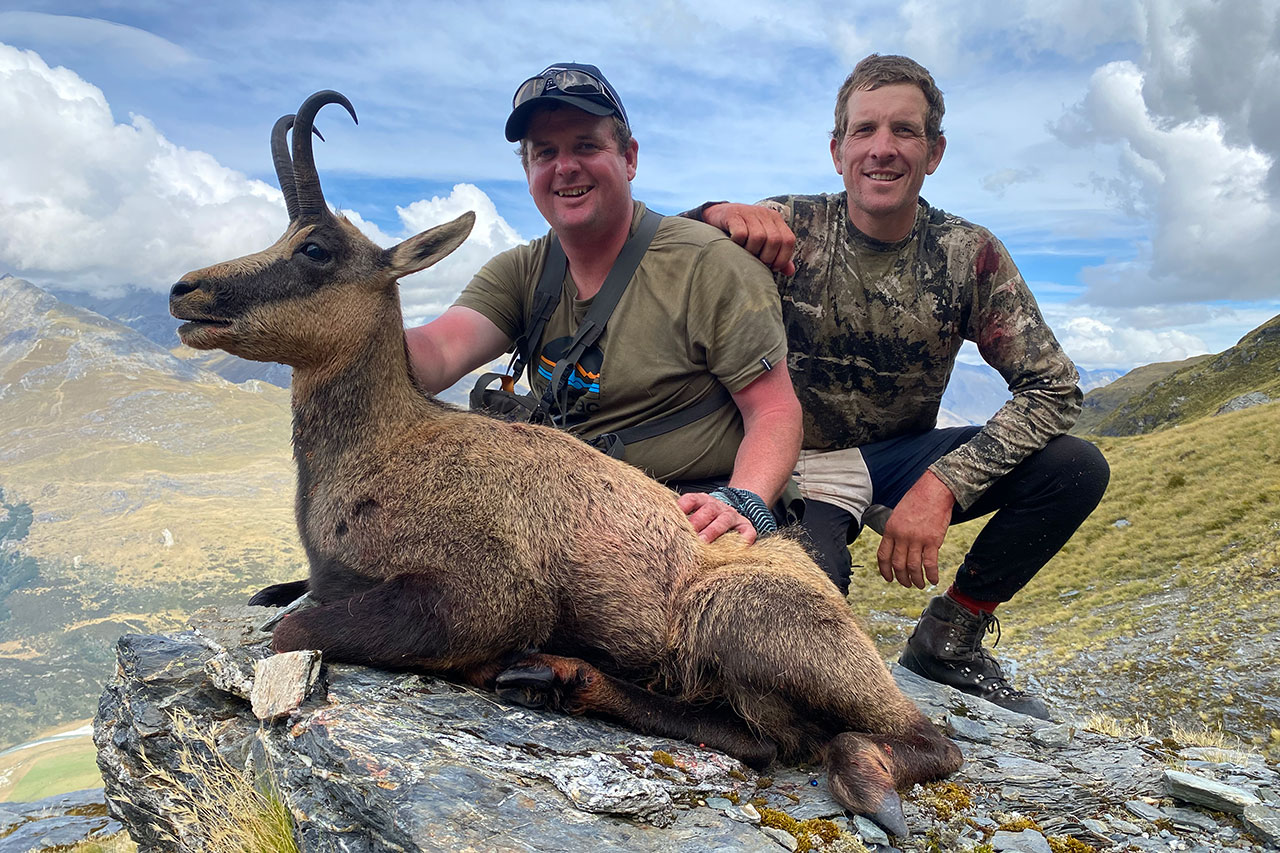 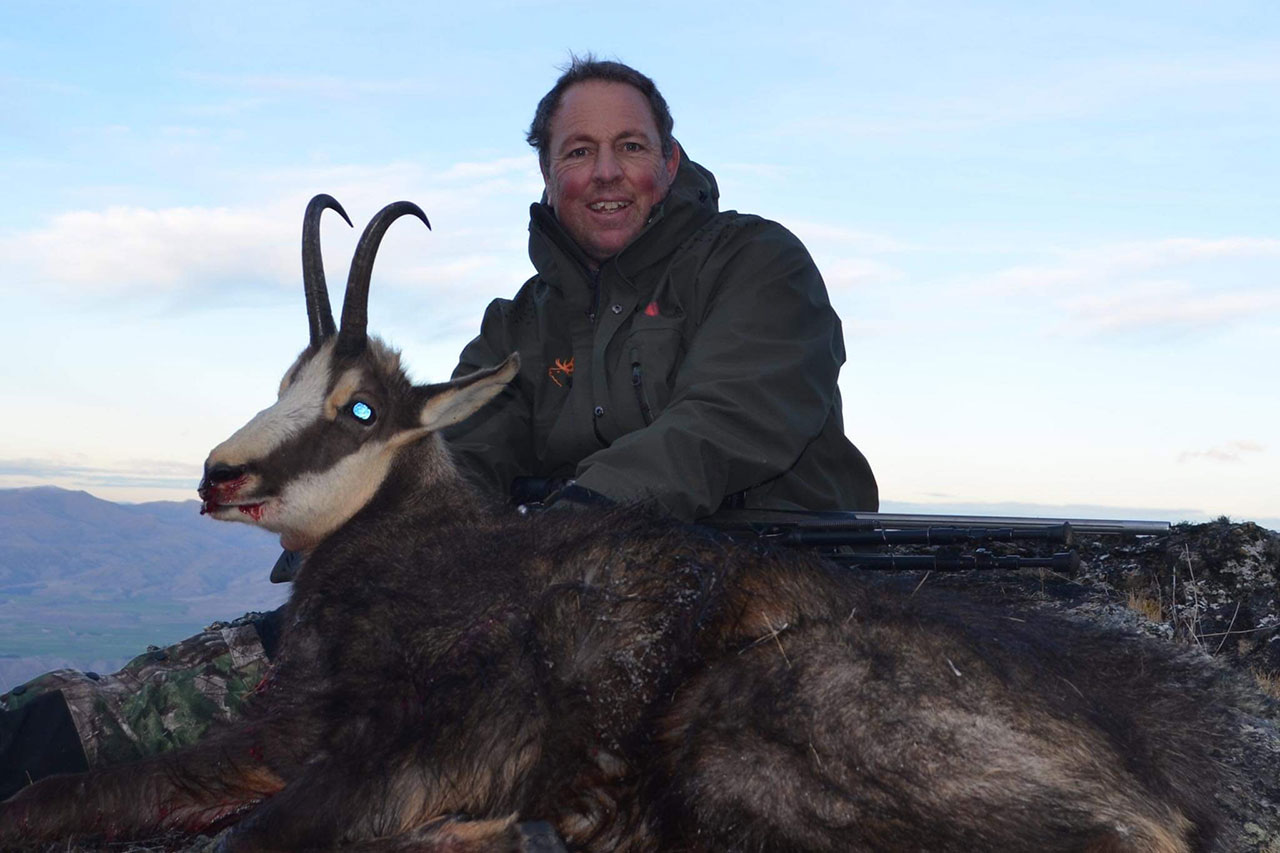 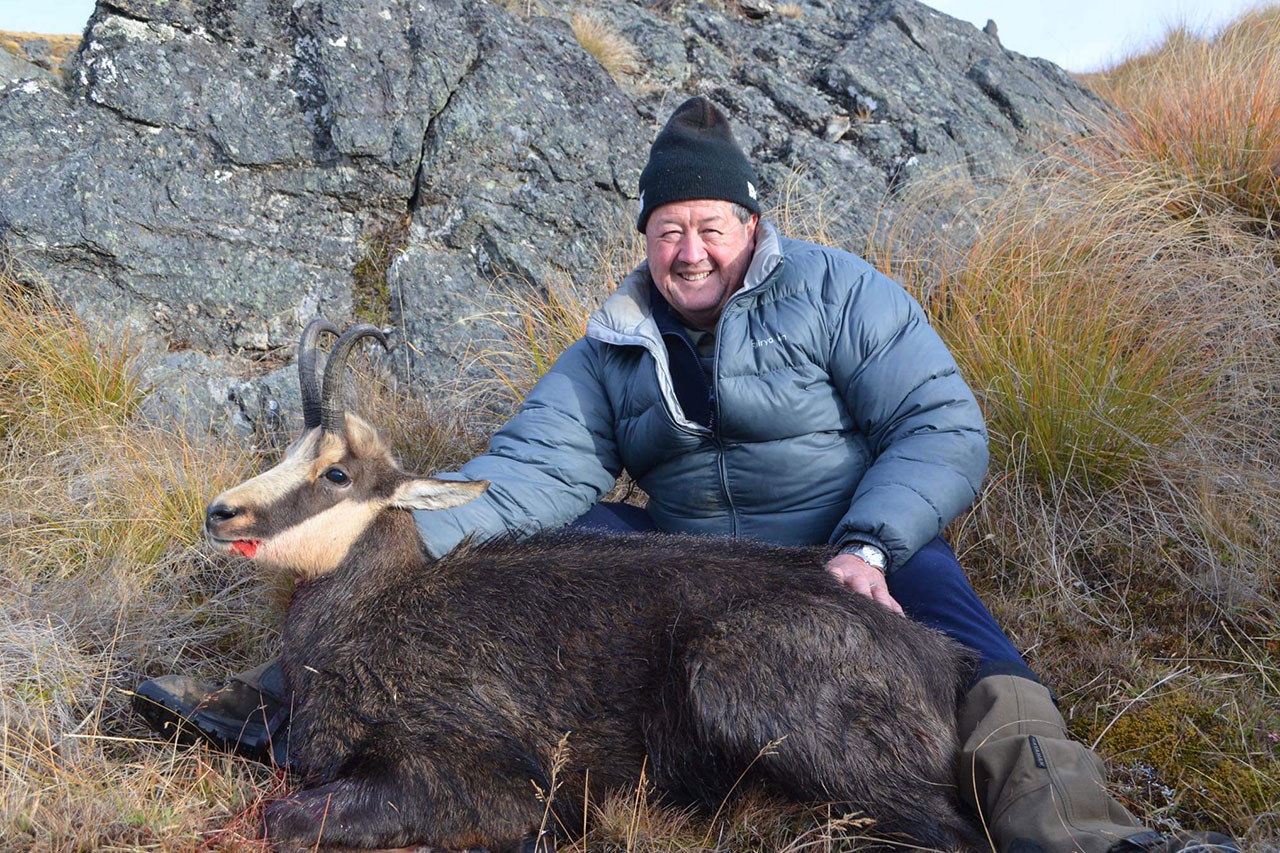 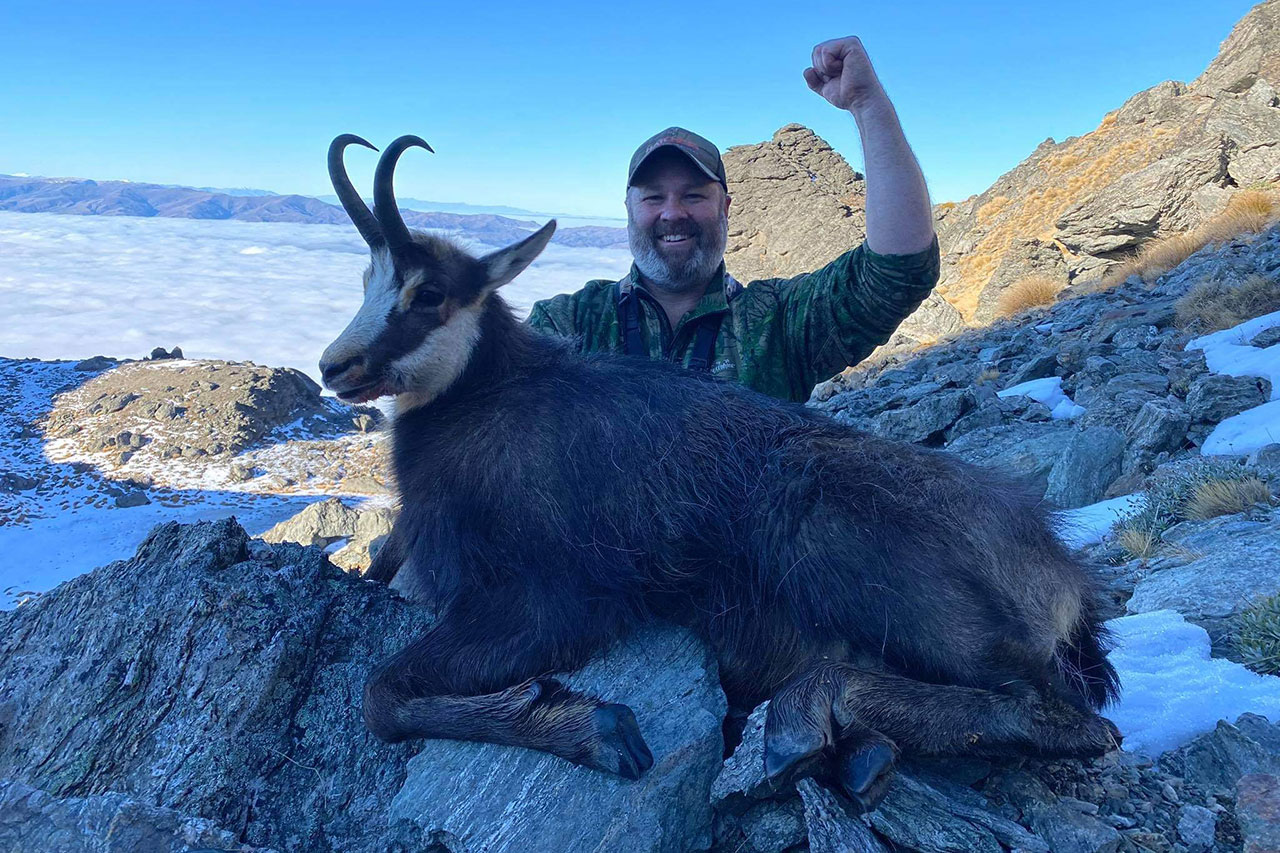 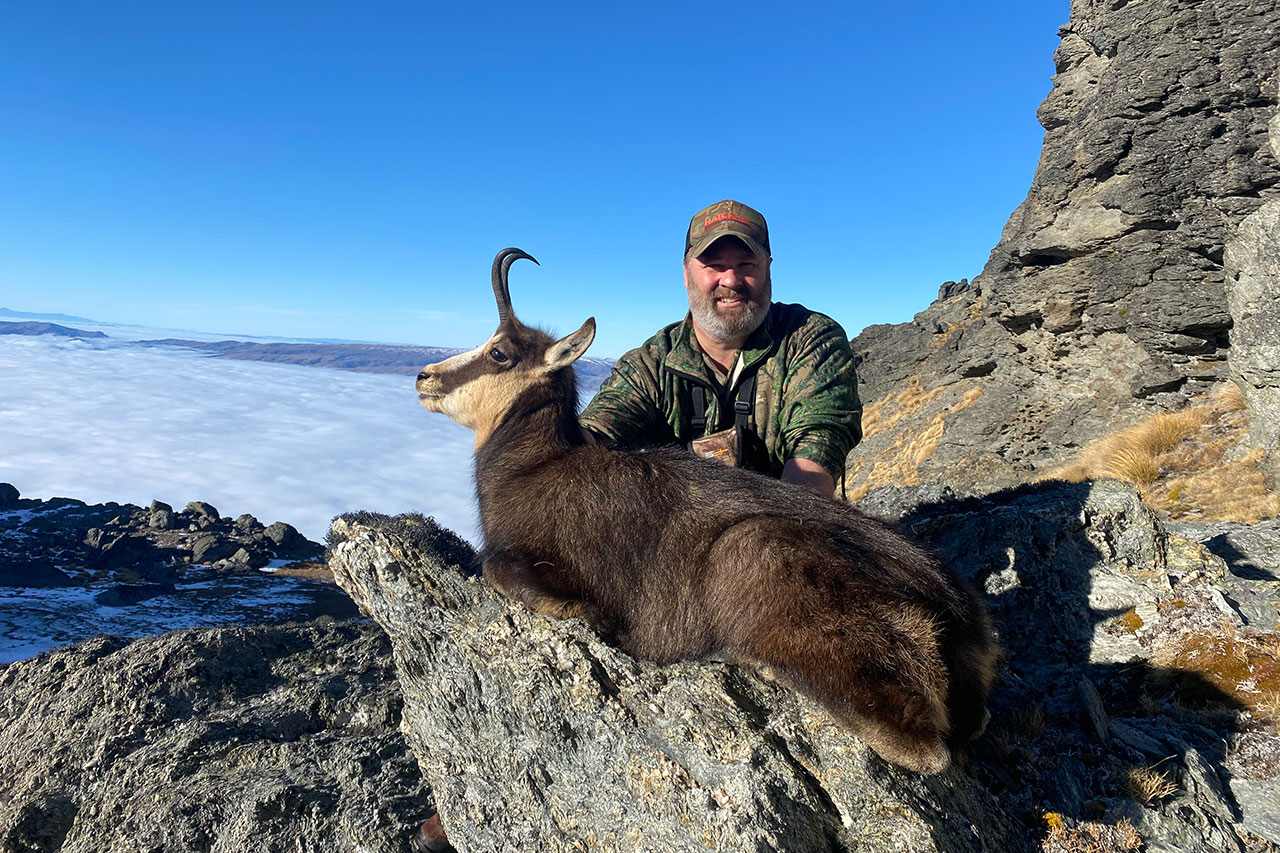 The chamois (Rupicapra rupicapra) is a species of goat-antelope native to Europe. They were introduced to the Aoraki/Mount Cook range as a gift to New Zealand from Emperor Franz Josef of Austria in 1907. Once established, populations gradually spread all across the alpine regions of the South Island.

Chamois inhabit a vast diversity of terrain, from sea level to elevations of 2600m + (8,500ft) above sea level. Chamois are sure-footed, agile and have incredible eyesight. Hunts are conducted daily from base camp and taken place on foot in spot and stalk style. Our private land chamois area encompasses 10,000 acres of world-class chamois hunting. Our public land chamois hunts offer a genuine backcountry wilderness experience.

A buck 8 ½” and over is considered to be of trophy quality. Old barren does can be a beautiful trophy, and we do harvest them on the odd occasion. A mature buck can weigh in excess of 40kg (88lb), while does generally weigh around 19kg – 35kg (42lb – 77lb). Chamois typically exist in low numbers and both bucks and does bear a striking resemblance. Only a slight difference in the mass and hook of their horns separates that of a male and female. Chamois can be hunted year-round. Their summer coats are short and vary in colour from light brown, tan to honey-gold. Their winter coat is notably denser and almost black in colour with a light brown undertone. Chamois rut from mid-May through to mid-June. This is the preferred time of year to hunt chamois, as bucks are predominantly solitary outside of this period and can have unpredictable natures. We recommend hunting during the rut if you’re bowhunting, as chamois are highly inquisitive and territorial during their rutting period. Bucks will cover kilometres of ground in pursuit of hot females. It is not uncommon for bucks to be shot at incredibly close quarters when attracting them with a decoy.