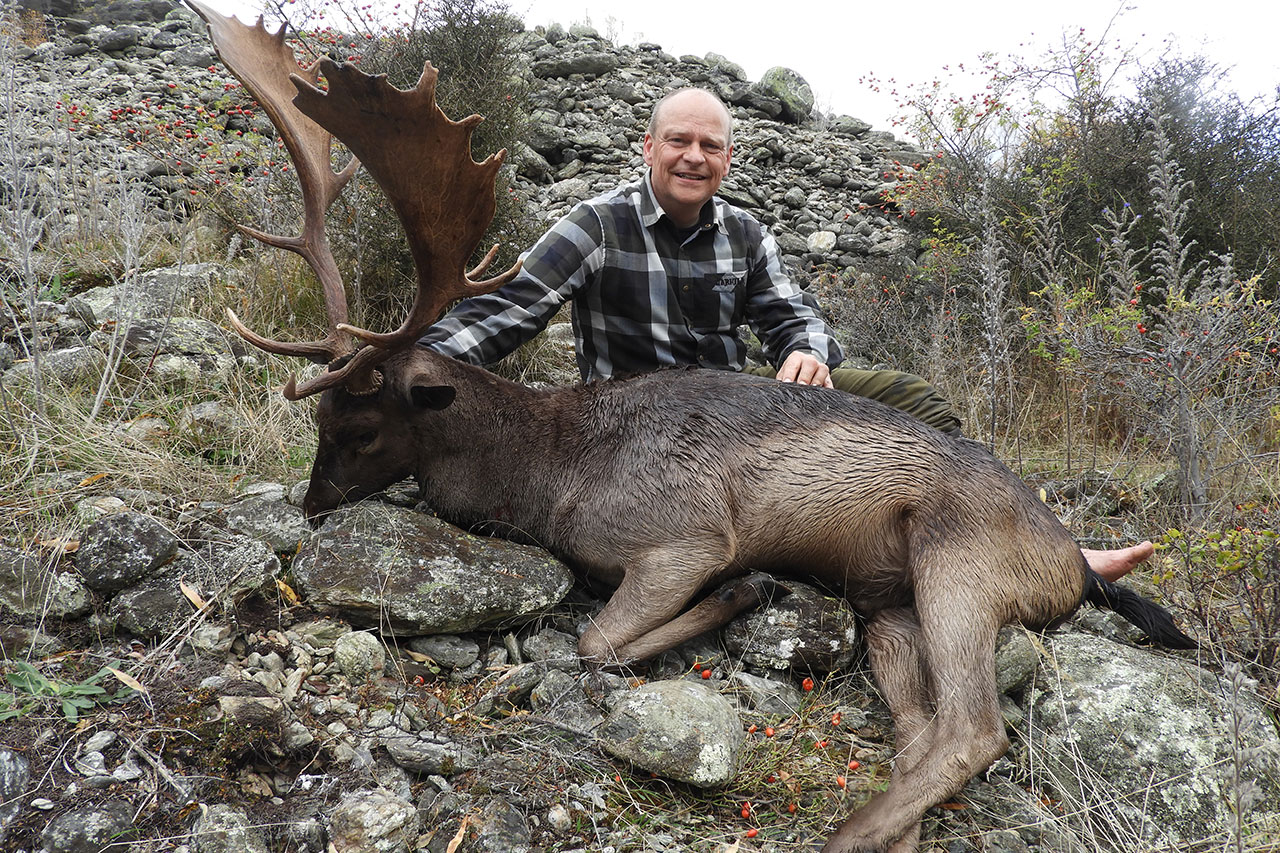 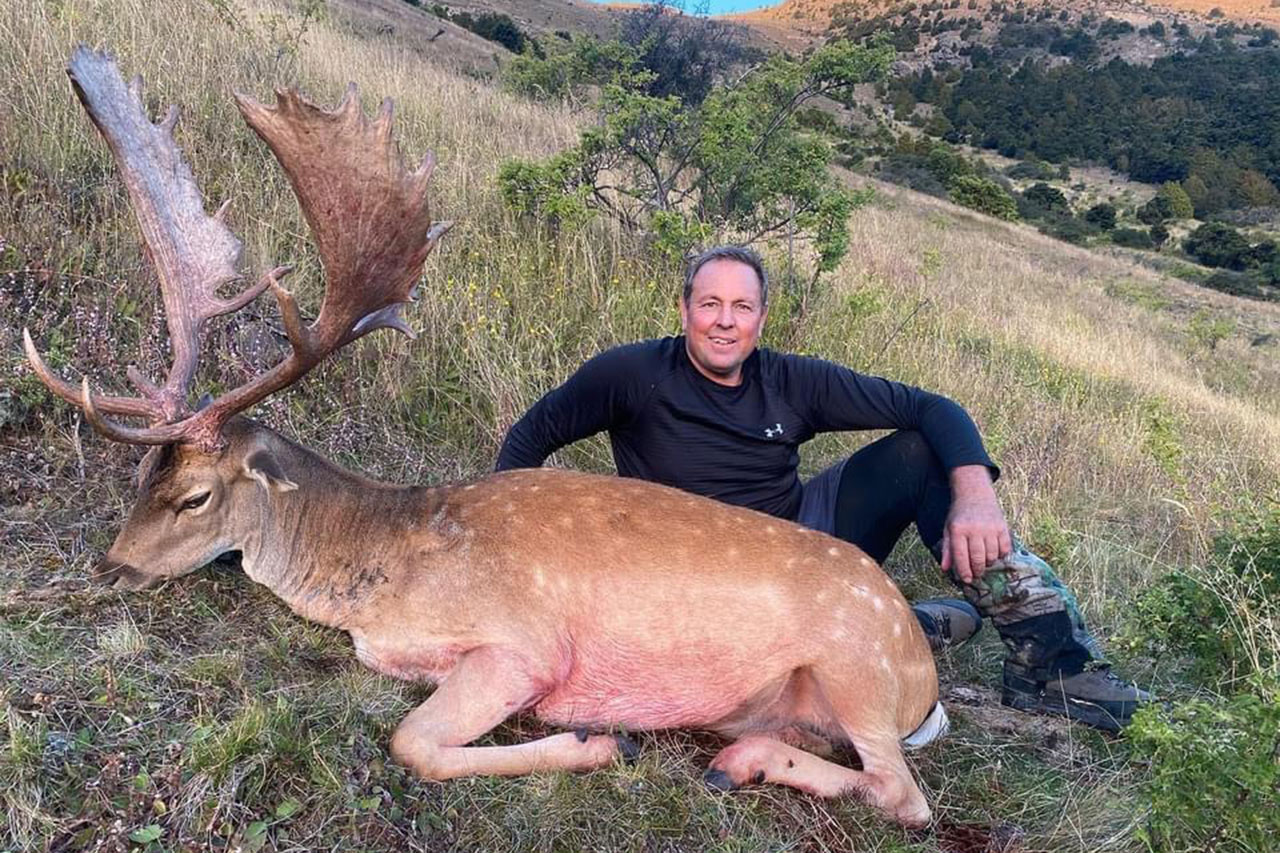 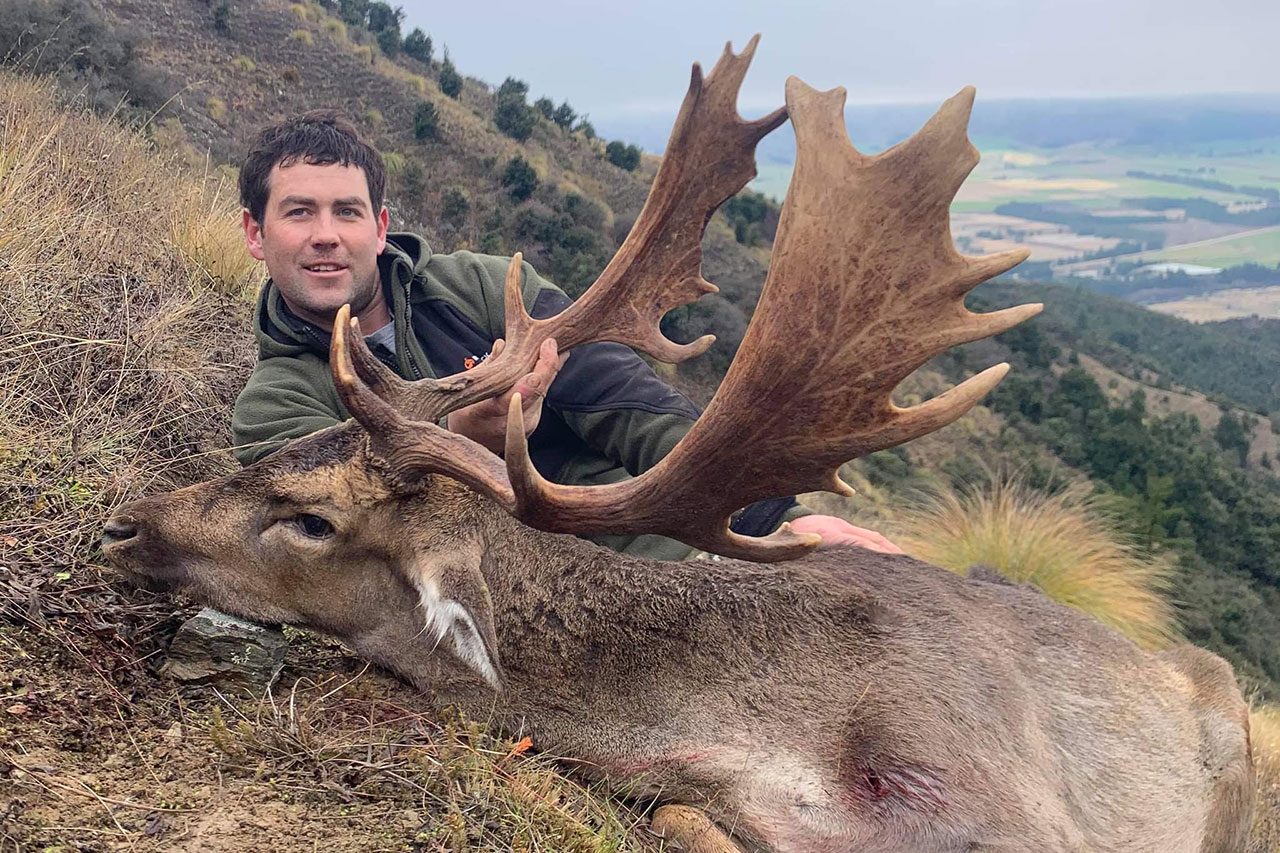 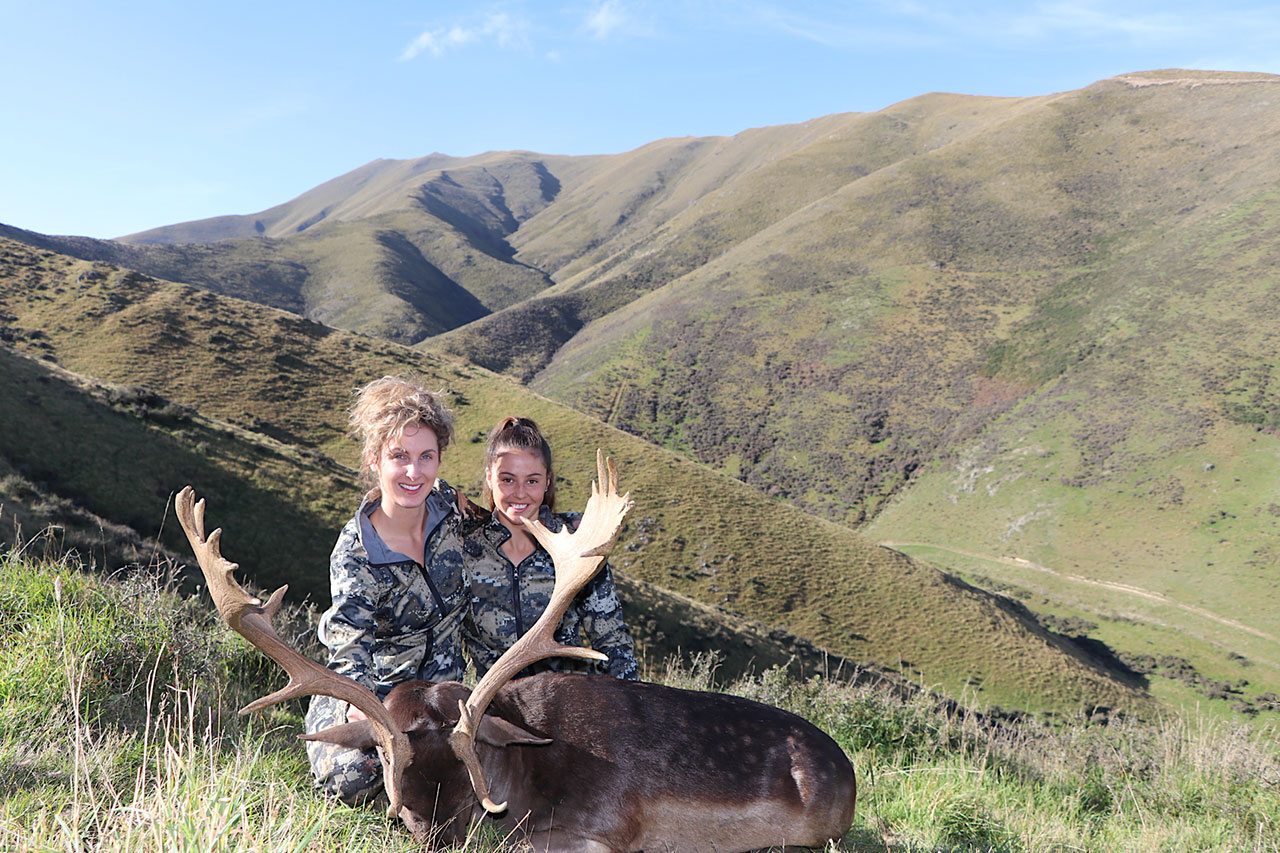 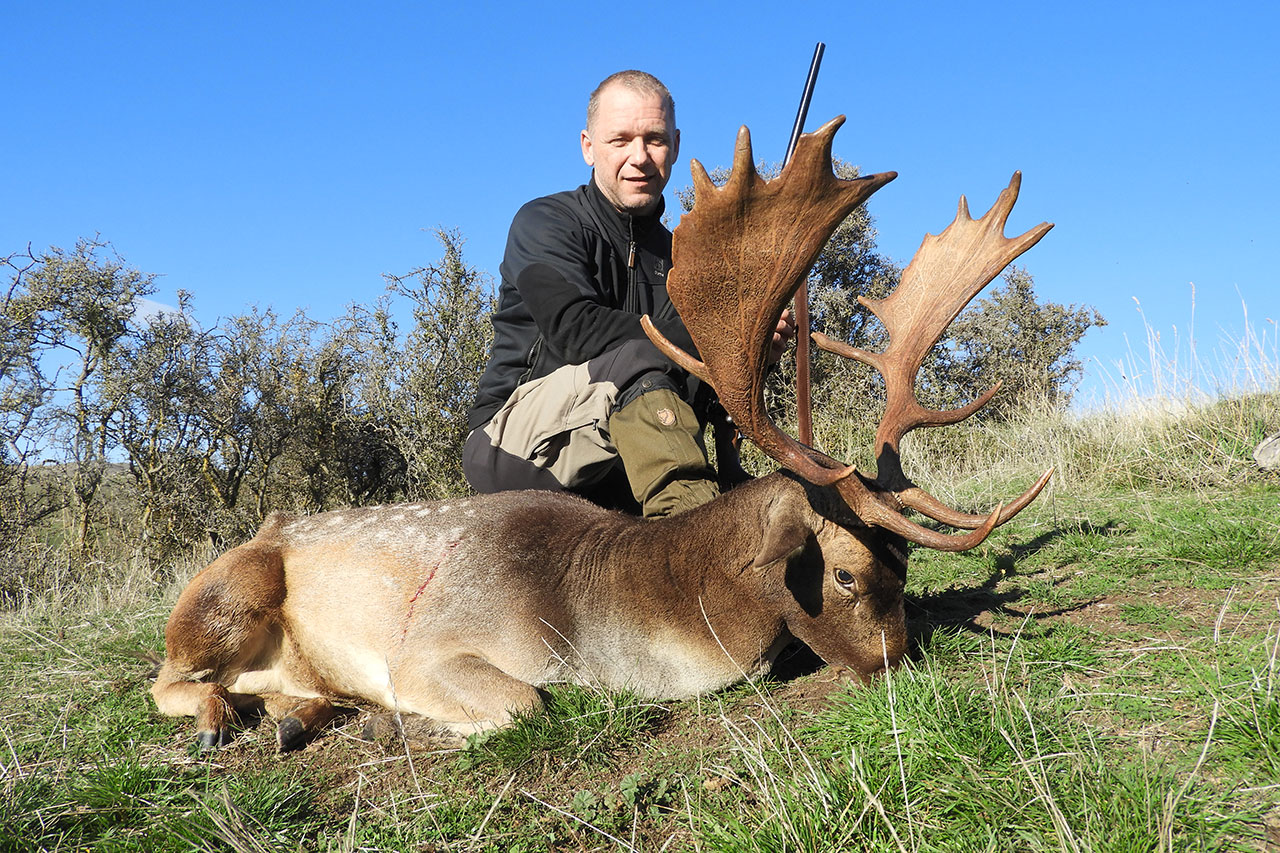 A fallow buck approximately SCI 180 – SCI 240 is considered to be of free-range trophy quality. A mature buck can weigh anywhere from 60kg – 85kg (130lb – 175lb), while does typically weigh around 30 – 50kg (65lb – 110lb). Their unique palmated antlers and various colour phases make them a striking trophy. Fallow coats come in four distinct colour phases ranging from melanistic (dark brown/chocolate), common (light brown/grey with white spots), menil (light red with white spots), and leucistic (white). Fallow rut from mid-April through to mid-May. The males begin establishing territories by making scrapes or rut pads on the ground and marking them with urine. Similar to whitetail, bucks will often come in to a hunters call or the rattling of antlers. While the fallow croak is not nearly as hair-raising as the roar of a red stag, their aggression is unsurpassed. Bucks are renowned for fighting with incredible ferocity during the rutting period and will quite often be found with broomed antlers or busted tips post rut. The recommended time to hunt fallow is from mid-April through to mid-May. As a general guide, fallow bucks are in hard antler from late-February through to early-August.

Premium fallow bucks are purpose-bred and genetically enhanced to produce some of the finest first-class fallow buck trophies in the world. Our private estate hunting area encompasses 10,000 acres of premier fallow buck hunting country. Our estate fallow bucks are measured under the SCI scoring system. All stags are scored by official measurers, with typical and non-typical bucks ranging from SCI 240 – SCI 290 +. Hunts are conducted daily from base camp and taken place on foot in spot and stalk style.